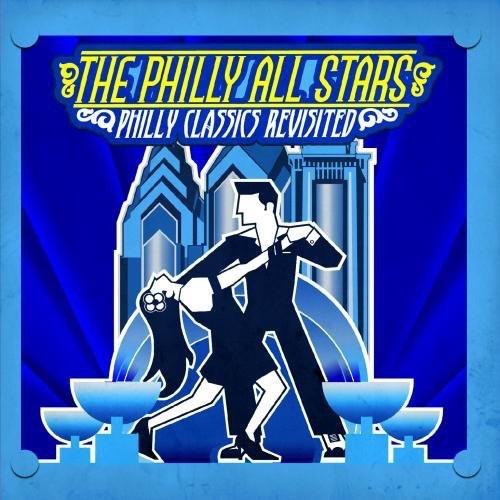 These tracks recorded in 1981 at Virtue Sound Studios in Philadelphia feature the cream of the crop of Philly's funk pioneers. The Philly All Stars, presented here, were comprised of charter members of Gamble & Huff's spectacular house rhythm section MFSB, featuring Norman Harris on guitar, Lenny Pakula on organ, Vince Montana on vibes, Ronnie Baker on bass, Earl Young on drums and Larry Washington on congas. Featured vocalists are Joe Freeman, who was the lead singer with Philly soul band the Ethics and later with the disco group Love Committee; Ron Tyson, who was also with Freeman in Love Committee; and David Simmons, the Philly soul singer who worked with Sister Sledge and others - and whose voice bears an uncanny resemblance to Teddy Pendergrass. The group performs a medley tying together five classics from the Gamble/Huff cannon - the O'Jay's "Backstabbers" and "Love Train," Harold Melvin & the Blue Note's "Bad Luck" and "The Love I Lost," and Teddy Pendergrass' "I Don't Love You Anymore" - over a pile-driving funky disco beat. Also included are individual performances of each song in the medley, handled by Freeman and Simmons. All selections newly remastered.