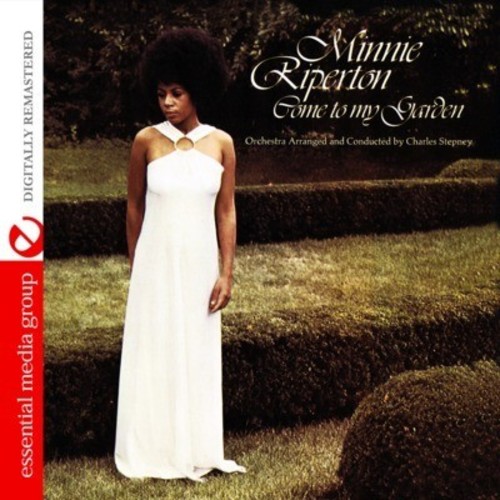 An amazing vocalist with an impressive five octave range, Minnie Riperton will go down in the annals of Soul music history as one of the greatest singers of the 20th Century, even though her career was cut short by cancer - she was only 31 years old when she died. Produced, arranged, and orchestrated by Charles Stepney in 1970, Riperton's first solo album, Come to My Garden, largely went unnoticed upon it's initial release in 1970, but has since become recognized as a masterpiece by fans and critics alike. All selections have been newly remastered.

''Come to My Garden'' is the debut solo album by Minnie Riperton -produced, arranged, and orchestrated by Charles Stepney- released in 1970. It was re-released on CD in 1999. It peaked at number one hundred and sixty on the U.S. ''Billboard'' 200 chart in 1974. Some versions of the cd-release don't include the last track "Whenever, Wherever." Riperton said she wanted a sound like the great Dionne Warwick / Burt Bacharach collabo for the album.

Minnie Riperton was presented as a solo artist by Ramsey Lewis on Saturday, December 26, 1970 at Chicago's famed London House. She performed several numbers from the album accompanied by Charles Stepney,the albums producer. Although commercially unsuccessful, Come To My Garden is considered a masterpiece by critics. "Les Fleurs" is probably the album's best known song and "Expecting" remains a favourite among fans.