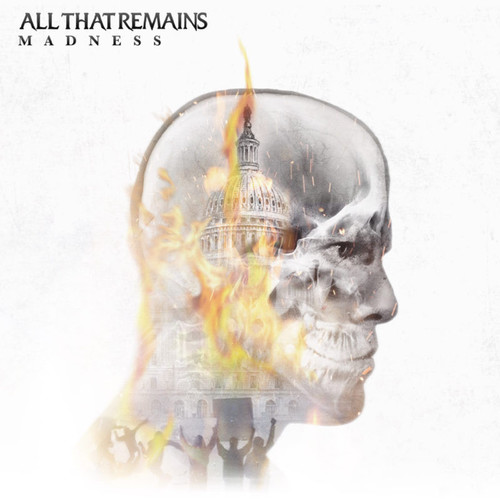 Madness [2LP]
Artist: All That Remains
Format: Vinyl
New: Out of Stock
Wish

Madness is the eighth studio album by All That Remains and it was produced by Grammy award winning Howard Benson (Halestorm, In Flames, Chris Cornell) and co-produced by Mike Plotnikoff. This album is the band's most musically eclectic, provocative release to date - full of undeniable hooks, incisive riffs, electronic samples and a variety of vocal styles. And, of course, the range of subject matter addressed pushes the band's limits further than ever. Integrating personal experiences, political rants and controversial commentary with music that s just as confrontational, Madness is an unapologetic showcase of honesty and ingenuity. All That Remains have created 50 minutes of attitude-laden music with a combination of rock, metal, ballads, and a cover of 'Thunder Rolls' by Garth Brooks. 'We really wanted this record to be different,' said vocalist Phil Labonte, explaining the inclusion of electronic samples and the dramatic juxtaposition between roaring chaos and accessible craftsmanship. 'We wanted to really push ourselves and push the boundaries of what we re allowed to do.'