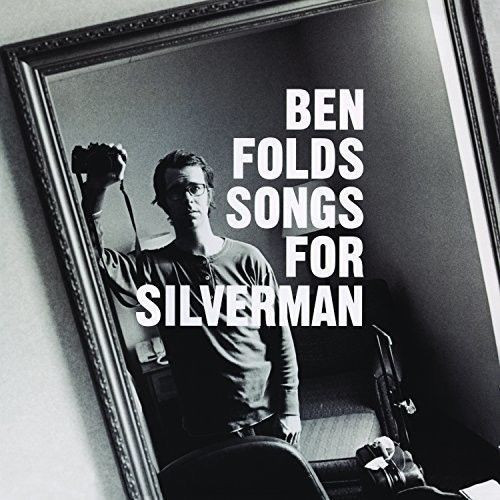 Out of print on vinyl since its original release/first time mastered for vinyl. Ben Folds' Songs For Silverman was originally released on Epic Records in 2005. The album is Folds' second solo album and at the time his most successful commercial release, reaching #13 on the Billboard 200. Singles taken from the album include 'Landed,' which reached number 77 on the Billboard Hot 100 list, and in the UK 'Jesusland' and 'Late,' a song written for then recently deceased singer/songwriter Elliott Smith. Other songs on the album are just as sincere, including 'Gracie,' which was written for and named after for Folds' daughter. Folds' trademark songwriting carries Songs For Silverman into strong emotional territory, allowing for the album's impact on the listener. Asked about the recording process of the album, Folds commented that the album was recorded 'really fast' and that he 'did the takes very much live,' as they were 'more concerned with the impact and the subtlety' of the record as opposed to 'trying to make things perfect.' Songs For Silverman has been out of print on vinyl for over 10 years now, and this marks the first time it has been mastered for vinyl. The audio for this reissue has been sourced from the original mix reels and mastered by Kevin Gray at Cohearent Audio. Records were plated and pressed at RTI on 180-gram vinyl and housed in a Stoughton jacket with a four page booklet.