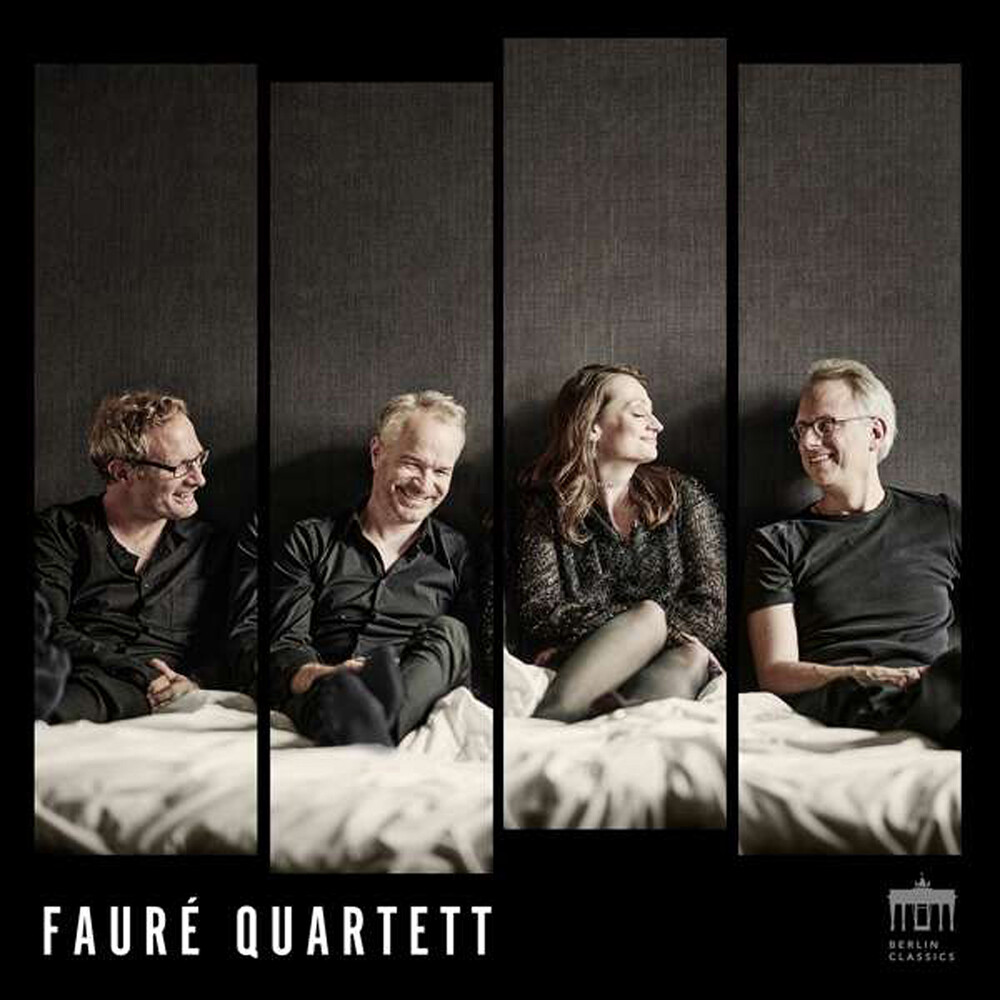 If a chamber music ensemble can stand together in the same lineup for 25 years, it must be doing something right. The Faure Quartett can be assumed to be doing so: As one of the world's leading piano quartets, the four musicians are at the zenith of chamber music, touring the world's most important venues and breaking down musical boundaries with their recordings. Their Pop Songs album was followed by Mussorgsky's Pictures at an Exhibition and Rachmaninov's etudes-Tableaux in 2018, which have never been heard so rousingly before. On the occasion of the 25th anniversary of it's foundation, the quartet turns it's attention to a composer who is at the same time both long overdue and right now perfectly fit to be recorded properly: Gabriel Faure. The Faure Quartet has fond memories of these phases of self-exploration and laying the foundations of a piece. The quartet was able to afford the luxury of independent maturity and managed to transform the apparent shortcoming of such a fixed instrumentation into a quality. It is not a trio that treats itself to a pianist, neither is it a string quartet that gives one violin a temporary leave of absence, and nor is it a piano soloist who enhances inherent keyboard timbres by augmenting these with a few extra string players. It remains an ensemble that takes itself seriously in it's particularity and benefits from the qualities of four characters who can stand up to each other even over long stretches of time. And it is a team that does not see itself as too superior not to practice the same thing over and over again until a point is reached at which an invisible boundary is crossed, one that leads from mere interpretation to actual embodiment.