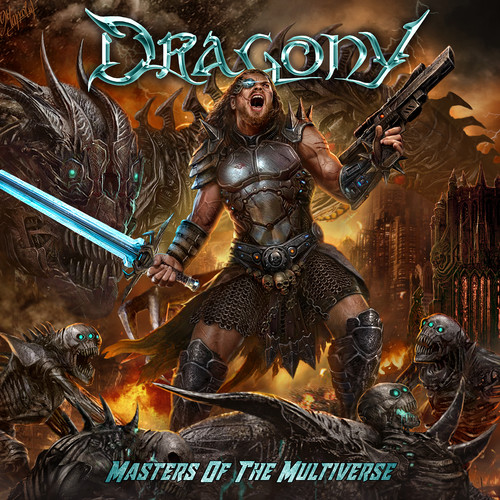 Vienna 2007. The Dragonslayer Project caused an uproar on the Austrian scene. What began simply as a project, quickly became an established band, playing numerous successful shows. Even established bands such as Axxis, Sonata Arctica, Serenity, Powerwolf and Paul Di'Anno relied on the band as an excellent support act. After changing the band name to Dragony in 2011, the band signed with Limb Music, and released the debut album "Legends" in 2012. Six years later Dragony is now presenting their third studion album entitled "Masters Of The Multiverse". Ten symphonic metal hammers, which cover the entire breadth of the genre from stamping riff monsters to high speed bombers to epic ballads. Not only is Sabaton guitarist Tommy Johansson featured on the album, but one is also treated to the vocals of Van Canto singer Ross Thompson and the German vocalist Nora Bendzko. A lavish video clip was filmed to "If It Bleeds We Can Kill It", whilst lyric videos are being released to "Flame Of Tar Valon" and "Defender". Autumn 2018 will bring live performances in the Czech Republic (Masters Of Rock Festival) as well as at the Polish City Of Power Festival, shows with Battle Beast and finally a European tour with Serenity und Visions Of Atlantis.