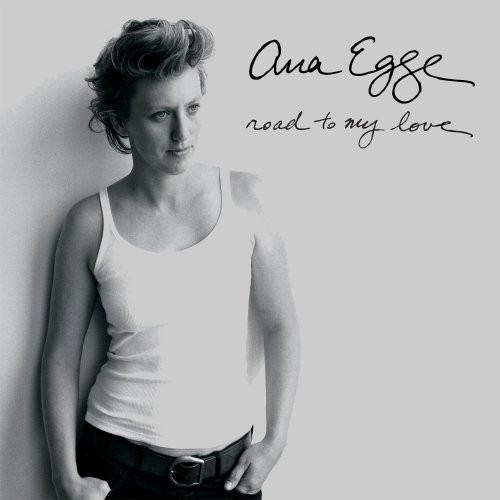 Ana Egge Road To My Love In Robert Frost's iconic poem 'The Road Not Taken,' the narrator looks back wistfully on a lifetime of choices and how the 'road less traveled . . . has made all the difference.' Ana Egge has been forging her own path for over a decade now. In the tradition of her parents, who Ana describes as 'motorcycle-riding hippy farmers in North Dakota, who created the unconventional life they wanted,' Ana's path as an artist has been much the same -- challenging her to follow her instincts rather than trying to fit into any particular mold. This honest approach has produced an impressive body of work and earned Ana a reputation as a musician's musician, with unforgettable live performances and lyrics that paint vast landscapes and stories in her singular style. It's no wonder she's been compared to legends like Joni Mitchell, Linda Ronstadt, and Bonnie Raitt. But, perhaps USA Today said it best when they wrote, '[Ana] can write and sing rings around' her contemporaries. Road To My Love, Ana's most personal body of work to date, demonstrates why going her own way has been well worth the inevitable bumps on the road. 'The experience of working on this record was such a struggle for me at first because the songs are so intimate and I felt exposed laying my life out there in the open. Musically too, I felt like I was heading into uncharted territory from my early records.' But Ana says after hearing the finished record, 'I actually felt relieved that it was all out there and that the result was so beautiful and fresh.' Road to My Love is a rich collection of victories and heartaches, examined moments and haunted chance-encounters. 17 years and 6 albums into what promises to be a long, bright career, Ana offers further proof that she has earned her place among the most naturally gifted musicians of her generation. Tall, blonde, and lanky, Ana holds listeners spellbound with the passion of her performances and unique sense of melody and phrasing. But perhaps it is her voice that has most captivated fans and critics throughout her career. Mentors and supporters from Ron Sexsmith to Lucinda Williams have been singing Ana's praises ever since she moved to Austin at age 19, toting a guitar she built herself, and playing songs of unusual depth and maturity. After a concert in New Jersey, Lucinda Williams told some friends, 'Listen to her lyrics. Ana is the folk Nina Simone.' Shawn Colvin says - 'Ana has the rare gift of being so eloquent and simple that she takes your breath away. I just love her.' In 1997, the release of River Under The Road signaled Ana's arrival on the indie-folk scene as she explored wellsprings of emotion and displayed musical gifts far beyond her years. Two years later she followed with her first live record, Mile Marker, which captured her exceptional and original guitar style and voice in intimate venues across America. In 2004, after relocating to Brooklyn, Egge brought the same timeless sensibility and emotional risk taking to an urban landscape with Out Past The Lights, hailed by Billboard as '[A] breakout collection.", and "consistently excellent' by USA Today. After years of constant touring, Ana was ready for a break from the demands of the road. But even during her well-earned sabbatical Ana's spark continued to smolder, and in 2007 she released the critically acclaimed concept record Lazy Days, a covers album celebrating the all-but-forgotten virtues of laziness in our work-obsessed and over-stimulated culture. Inhabiting songs by luminaries as diverse as Stephen Stills, Ray Davies, and Sandy Denny, stretched Ana in new directions, and inspired her to visit previously uninvestigated places in her vast musical range. While on her Lazy Days tour, Ana found herself creating the most provocative work of her career. 'I think because I wasn't singing my own songs every night, I felt free to dig deeper.' With Road To My Love, Ana delves into her family history in 'Farmer's Daughter.' Over the lonely call of the pedal steel, she let's us share in the tender, exposed, and desolate feeling of being alone on the prairie. She confronts fidelity and trust in 'Quitting Early,' taking a note from Joni Mitchell with a sophisticated, jazz-inflected take on the precariousness of modern relationships. She shares a beer with a veteran, just back from the war, who bares his soul in the wistful 'Carey's Waltz,' and is blindsided by a tempestuous but irresistible relationship in 'Storm Comin'.' The warm harmony vocals of Trish Klein & Frazey Ford of The Be Good Tanyas on 'More Than A Day' are a perfect match for this '60's inspired soul song. Finally, Ana carries it home to her American roots with a haunting rendition of 'Swing Low, Sweet Chariot' that puts her peerless vocals and virtuosity on the resonator guitar on full display. Road To My Love was co-produced by her longtime collaborator, Jason Mercer and includes many of Ana's friends and favorite musicians from across North America, including: Steve Moore (Sufjan Stevens, Laura Viers), Michael Jerome (Richard Thompson, John Cale), Frazey Ford & Trish Klein of The Be Good Tanyas, Adam Levy (Norah Jones) and Tony Scherr (Bill Frisell, Feist). 'I couldn't have asked for a better group of musicians to play with' Ana says in her low-key, humble way, 'It really makes this record stand out from all my previous work.'