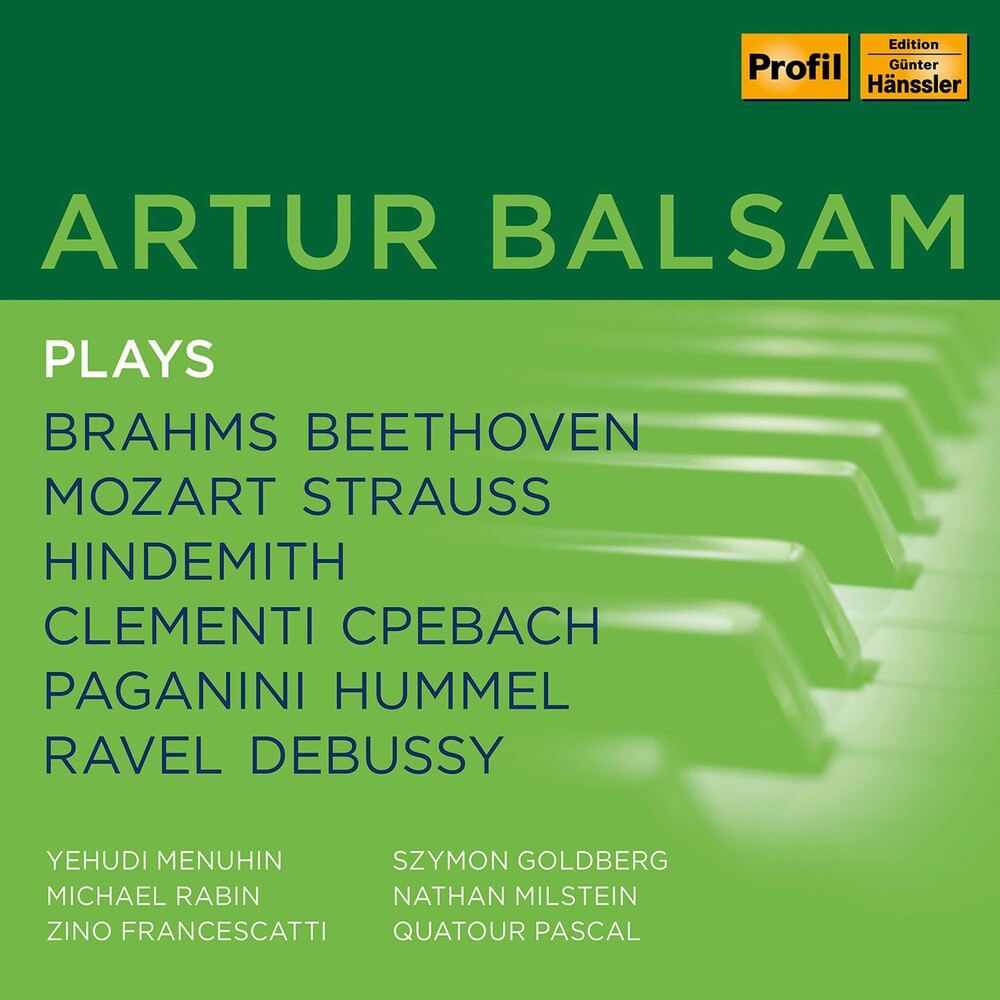 Pianist and music teacher Artur Balsam was born in Warsaw on February 8, 1906. He attended the Helena Kijenska-Dobkiewiczowa Conservatory (now Academy) of Music established at the beginning of the 20th century in the Polish city of Lodz. After that he went to the Hochschule fĂĽr Musik in Berlin, where he continued his studies with Artur Schnabel. A mere 12 years elapsed between his concert debut in 1918 and his success at the 1930 Berlin International Piano Competition; shortly after winning that competition, he was awarded the Mendelssohn Prize for chamber music in 1931 in Munich. Balsam matured into a sought-after partner at the piano: having won the Mendelssohn Prize together with the violinist Roman Totenberg, he toured the USA the following year with the brilliant young Yehudi Menuhin. After the rise to absolute power in Germany of Adolf Hitler at the head of his Nazi party, Balsam emigrated to the United States. He settled in New York in 1940, made a name for himself on the American chamber music scene and was the favorite accompanist of many famous soloists, especially in the years from 1940 to the early Seventies of the last century. He frequently partnered the great violinists Nathan Milstein and David Oistrakh, also playing for Joseph (violin) and Lillian (viola) Fuchs, Leonid Kogan (violin), Zino Francescatti (violin), Pierre Fournier (cello) and Mstislav Rostropovich (cello). Balsam was the pianist of the NBC Symphony Orchestra under Arturo Toscanini for five years. He was also a piano soloist for other leading orchestras.