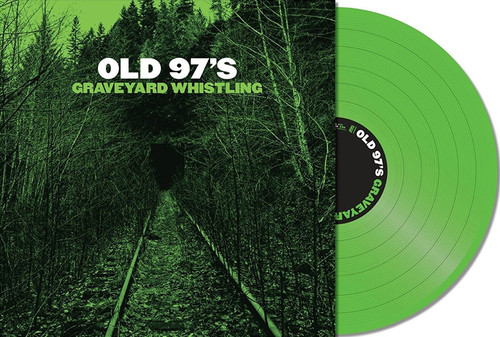 *Translucent green vinyl, single jacket with insert, standard weight, includes digital download In 1996, the Old 97 s recorded Too Far to Care. It was their major-label debut after the band signed with Elektra Records. But rather than venture into some state-of-the-art studio in New York or LA, the band decamped to Village Productions in Tornillo, Texas, a remote facility in the middle of two thousand acres of pecan trees near the Mexican border. The sound that the group captured on Too Far to Care has remained a touchstone for them. We ve always held that one up as the closest to sounding exactly like what sets us apart from the rest of the world, says Rhett Miller. And so when it came time for the Old 97 s to record the follow-up to the highest-charting album of their career, 2014 s Most Messed Up, producer Vance Powell brought up the idea of returning to Tornillo. We knew instantly that it was the perfect move, says Miller. The result is the eleven songs of Graveyard Whistling, the eleventh studio album from the Old 97 s.

Knowing that he wanted to consider as many options as possible, Miller handed over a huge pile of songs to the band; they whittled his thirty selections down to eleven. It grapples with spirituality and mortality, Rhett says. Our songs normally hide deeper meanings in the subtext, but they re more on the surface for this record." The trick the Old 97 s have held on to is to take a song that may have a darker theme and present it as something to be screamed along to in a club. The emotional range and musical scope of Graveyard Whistling also benefits from the contributions of some remarkable co-writers including Brandi Carlile, Caitlin Rose, Nicole Atkins, and Butch Walker.

There aren t more than a handful of bands in history who can claim to have an intact, unchanged line-up as they approach twenty-five years together. There is, of course, no real blueprint or rulebook for sustaining the kind of chemistry that Miller, Bethea, Hammond, and Peeples enjoy. We re just very lucky to be able to do this for a living. It s insane and beautiful and we never, ever take it for granted concludes Rhett.