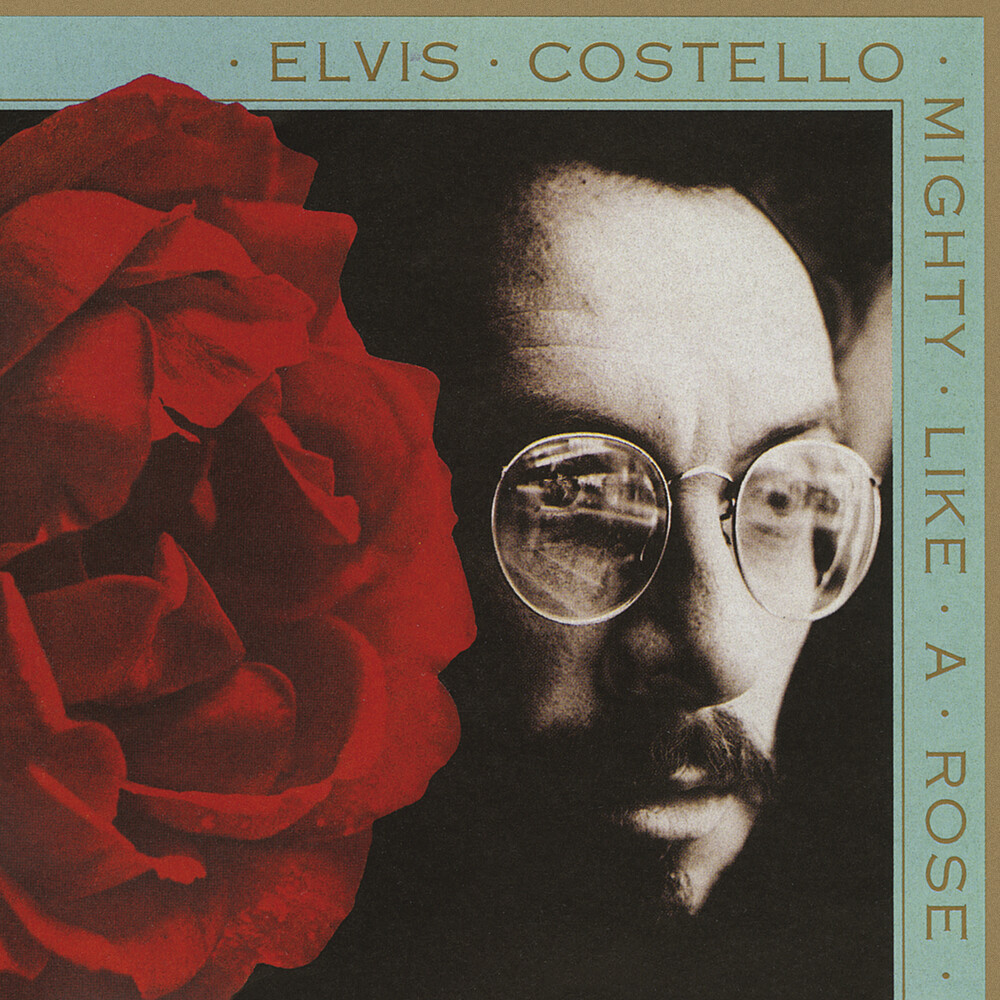 'Mighty Like A Rose' is Costello's 13th album. The music, the arrangements and musicianship are much more sophisticated and complex than on Costello's previous albums, making this one of, if not his only album that could be classified as art rock. 'Mighty Like a Rose' begins with "The Other Side Of Summer", a power-pop Beach Boys pastiche. "Hurry Down Doomsday (The Bugs are Taking Over)" is a clattering percussive mess reminiscent of some of Tom Waits' more industrial-leaning songs (feat. Marc Ribot on guitar). Two songs from an older collaboration with Paul McCartney; "Playboy To A Man" and a song selected as a single, "So Like Candy". The track "Invasion Hit Parade" features a trumpet solo by Costello's father, Ross MacManus.