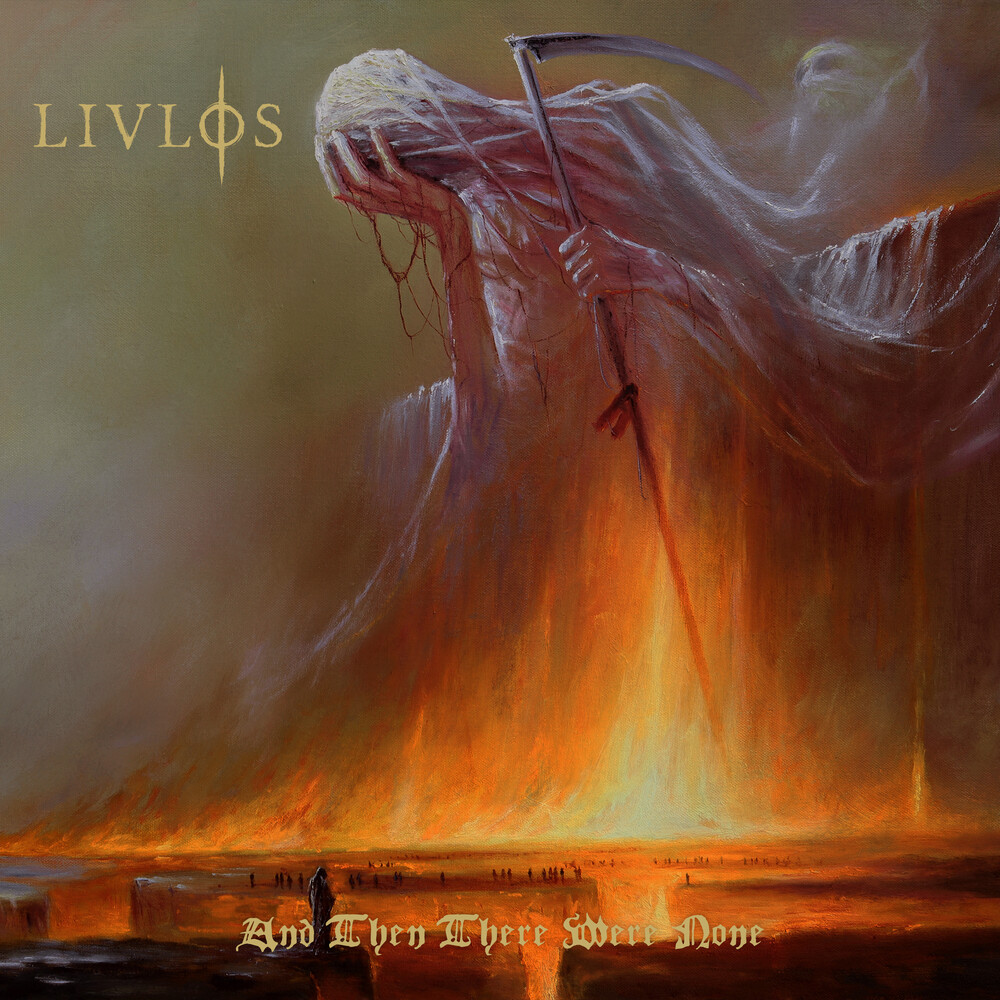 And Then There Were None
Artist: Livlos
Format: CD
New: In Stock - Orders filled within 2-3 business days $14.98
Wish

Since their formation in 2014 in Aarhus, Denmark, LIVLOS have relentlessly made a name for themselves in the European metal scene. Their brand of Scandinavian melodic death metal, influenced by bands like AT THE GATES and CARCASS, paired with American-rooted death metal in the vein of DEATH and THE BLACK DAHLIA MURDER has already earned the Danish five-piece appearances at Copenhell, Eurosonic and Spot Festival. On their new album, And Then There Were None (out October 22 via Napalm Records), LIVLOS are audibly on top of their craft: scrupulously ripping through nine tight, hard-lined tracks, the band takes no shortcuts while still maintaining a dynamic songwriting style that keeps listeners on their toes throughout the album's runtime. Album opener and title track "And Then There Were None" sets the pace with punishing vocals and raging death metal riffs, leading into dramatic choruses and guitar solos that display LIVLOS' incredibly multi-faceted talent right off the bat. Only very rarely will the band give listeners time to breathe, like on acoustic intermission "Kistefjael" or the slowed-down, stomping "The Purest Black", which ends the album experience of And Then There Were None in a triumphant, epic manner. Songs like "Seize The Night" are impressive depictions of singer Niklas Lykke's broad vocal range, reaching from deep and guttural to high-pitched and ear-piercing sections. Excellently mixed by Jacob Bredahl (ex-HATESPHERE) and mastered by Brad Boatright (known for his work with OBITUARY, NAILS and TORCHE among others), And Then There Were None is an exceptional display of LIVLOS' confident, modern approach to melodic death metal, meticulously executed from start to finish - revealing more of what it has to offer with every listen. LIVLOS are one of the most exciting new bands to watch in metal, proving that they are here to stay with And Then There Were None!