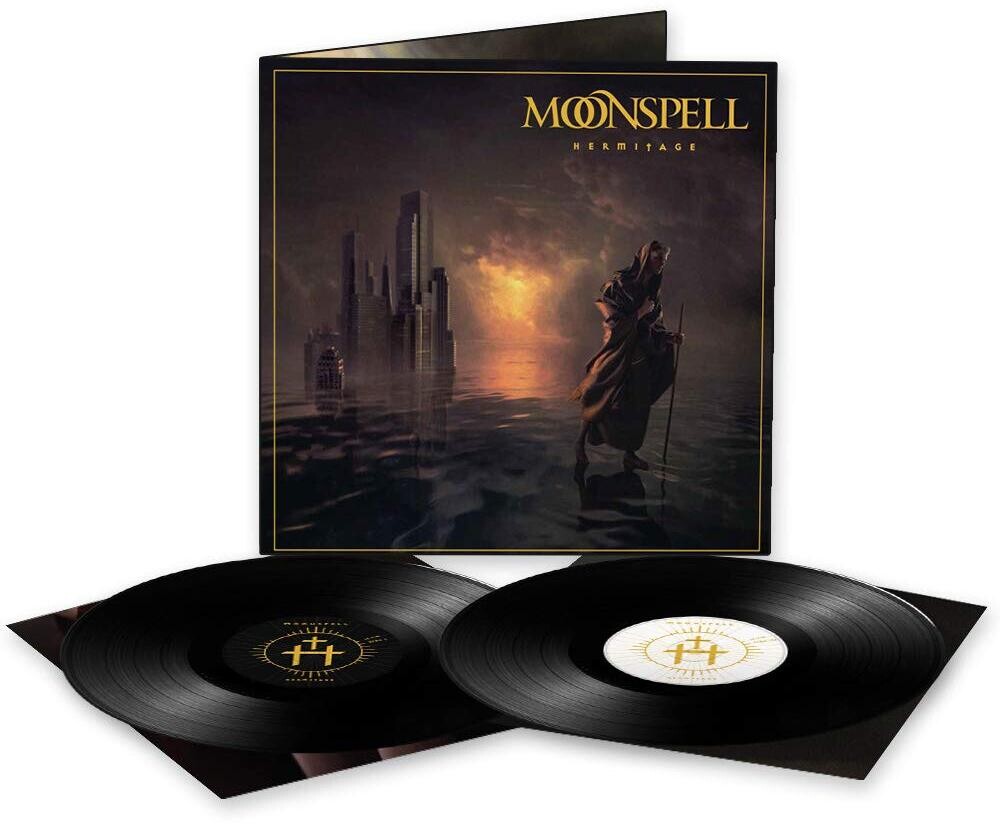 Moonspell is approaching their 30th anniversary as a band more ambitiously and stronger than ever. Hermitage - the gothic metal pioneers'13th studio album - was recorded, mixed and mastered by Jaime Gomez Arellano (Paradise Lost, Primordial, Ghost, SĂłlstafir, etc.) at the Orgone Studios in the UK. Building upon the album's dark, revolutionary and sensitive facets, it's an entertaining yet epic journey through the darkest days of human existence. Beautifully crafted tracks such as "The Greater Good" show us the modernity of the wolves in 2021, while "Common Prayers" embraces the Moonspell tradition of writing a dark, gothic metal song like no other band can. "All Or Nothing" brings back the ethereal and melodic sounds of Moonspell, served by a beautiful musical landscape, making it most likely one of the deepest and most sincerely heart-breaking tunes the Portuguese dark metal titans have ever written. But of course, they don't stray away from their metal roots, especially influenced by underground metal bands like Bathory on tracks like the bombastic and epic metal anthem "The Hermit Saints"! Hermitage is a revolutionary, wonderfully intuitive and epic journey by one of the most distinctive dark metal bands of all time, and a testament to what they've always loved the most: Honest, emotional metal that binds us even in the darkest times. First pressing 2LP contains an exclusive bonus track, Candlemass cover "Darkness in Paradise."