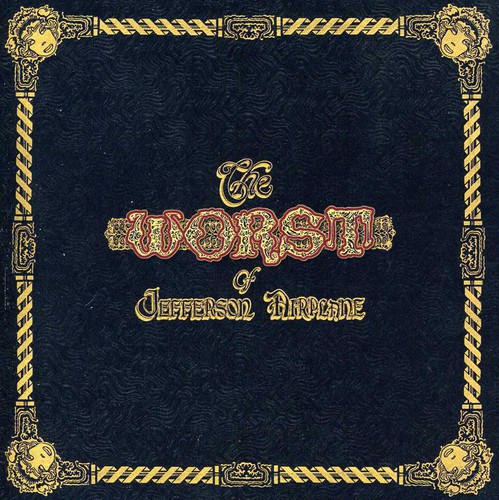 THE WORST OF JEFFERSON AIRPLANE was their personalized twist on the traditional hits collection. THE WORST has always been the best single disc introduction to the timeless artistry of Jefferson Airplane. Now remastered with bonus tracks and new notes by Ben Edmonds and rare photos. Features hits such as "It's No Secret," "Blues from An Airplane" and "Somebody to Love."

''The Worst of Jefferson Airplane'' is the seventh album by the rock band Jefferson Airplane, released in November of 1970 on RCA Records, catalogue LSP 4459. It compiles previously released material, seven of the band's singles released in the 1960s, plus four b-sides and four album tracks. All of the singles had previously appeared on album. It peaked at #12 on the Billboard 200 and has since gone platinum. - Wikipedia