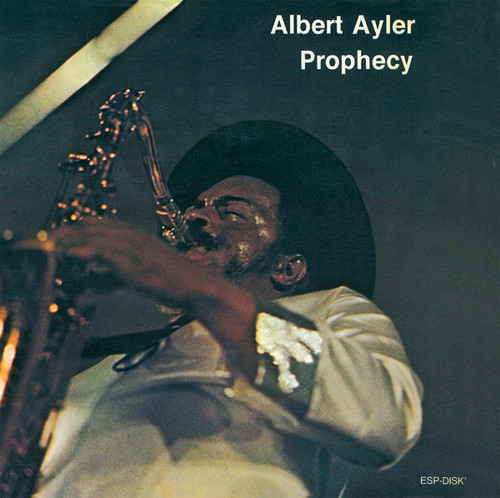 ESP-Disk present a reissue of Albert Ayler's Prophecy, originally released in 1975. Recorded in concert at the Cellar Cafe, NYC, June 14, 1964. Three weeks before this trio recorded ESP-Disk's first jazz album, the epochal Spiritual Unity (ESPDISK 1002CD/LP), it was captured "live" by Canadian poet Paul Haines, who also recorded the New York Eye and Ear Control soundtrack (ESPDISK 1016CD/LP). This is one of the most influential groups in jazz history, a coming together of like-minded innovators who would be considered crucial influences by succeeding generations, so there is no question of the immense value of this material. Yoked, in the CD era, to the one-sided 1965 LP Bells (ESPDISK 4076CD), made with a different band in a very different style a year later, it is perhaps best appreciated on it's own. Personnel: Albert Ayler - tenor saxophone; Gary Peacock - bass; Sunny Murray - drums; Paul Haines - engineer. Presented here on opaque yellow vinyl.