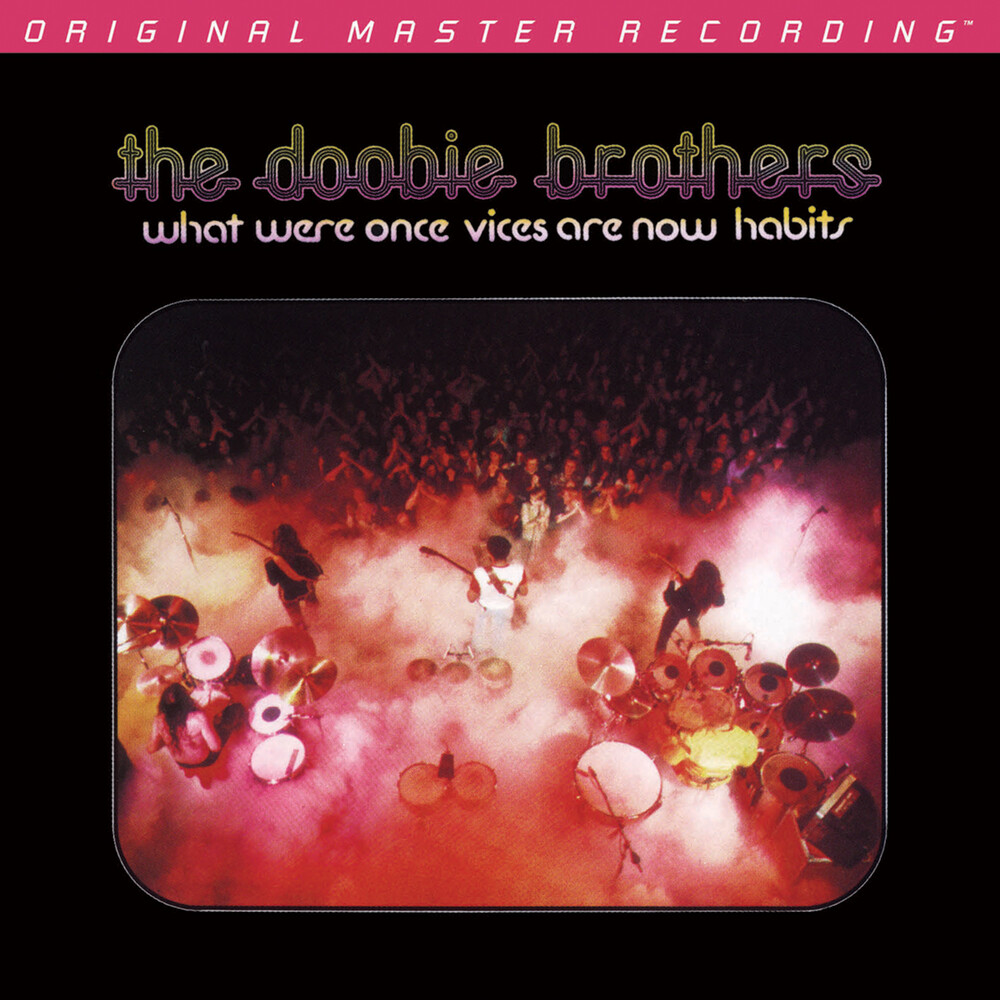 What Were Once Vices Are Now Habits
Artist: The Doobie Brothers
Format: CD
New: In Stock - Orders filled within 2-3 business days $40.98
Wish

New Numbered Edition Mini-LP-Style Packaging. Doobie Brothers' Most Diverse Record Includes #1 Smash 'Black Water'. What could The Doobie Brothers possibly do to follow-up the excellent The Captain and Me? Plenty. They started by inviting the Memphis Horns to inject more soul into their trademark, Southern-styled boogie rock. Next, they secured the services of Steely Dan virtuoso Jeff 'Skunk' Baxter to supply guitar and pedal-steel parts. And for extra spice, the band recruitedArlo Guthrie to play autoharp. The results? What Were Once Vices Are Now Habits, the group's most diverse album to date. It's just one reason Mobile Fidelity is proud to include the 1974 effort in it's phenomenal Doobie Brothers catalog restoration series. Of course, no record is worth it's salt without sharp songwriting. Fret not. What Were Once Vices Are Now Habits overflows with one memorable tune after another. It's a true collective effort, with the material reflecting the musical strengths of each of the members. Picking up where the disbanded Creedence Clearwater Revival had left off, Tom Johnston contributes the rousing 'Pursuit on 53rd Street' and 'Down in the Track. ' Patrick Simmons' 'Black Water' advances swamp rock, and gave the band it's first Number One hit. The Doobies also mine the country-rock vein like nobody's business. 'Tell Me What You Want (And I'll Give You What You Need)' and 'Another Park, Another Sunday' cross roots rhythms with edgy melodies. And the instrumental 'Flying Cloud,' contributed by bassist Tiran Porter, finds the Doobies further expanding their sonic palette while remaining faithful to their loose, good-time themes. By every stretch, What Were Once Vices Are Now Habits defies easy categorization yet soars on amiable vibes designed to satisfy the listener. Having reached #4 on the Billboard Album charts, it's safe to say the public was indeed impressed. Our engineers had the same goals in mind when mastering this 70s rock classic from the original master tapes. And so The Doobie Brothers' dual-drum approach now resonates with a punchiness it never previously possessed. Johnson's high-pitched vocals no longer hit an artificial ceiling or lurk behind a veiled curtain. The Memphis Horns' brassy accents carry, and the all-important midrange sounds immediate, transparent, and dynamic.
back to top