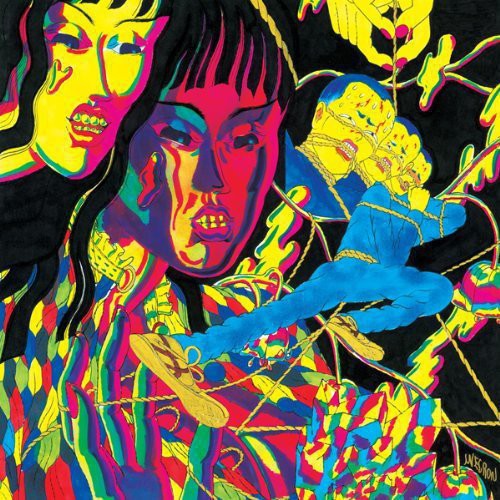 Vinyl LP pressing. 2014 release from the California-based Indie band led by John P. Dwyer. This is their first album since the band moved from the Bay Area to Los Angeles. DROP was recorded in a banana-ripening warehouse (no joke) with hair-farming studio warlock Chris Woodhouse playing drums; it's also graced with the presence of talented gurus Mikal Cronin, Greer McGettrick and Casafis adding horns and vocals. The result pushes the familiar polarities of the group farther outward than ever before. Opener 'Penetrating Eye' might be the heaviest Oh Sees song yet, 'Transparent World' and 'Put Some Reverb on My Brother' foam with seasick fuzz, and yet the ballads, like the harpsichorded 'King's Nose' and the lush and stately closer 'The Lens,' extend their oeuvre into mellotronic, far-out pop with delicacy and grace. This schizophrenia heralds the man and the band into an unseen future in classic Dwyer fashion - restless energy harnessed into exquisitely crafted jams, with an emphasis on the pensive and the paranoid in turns.