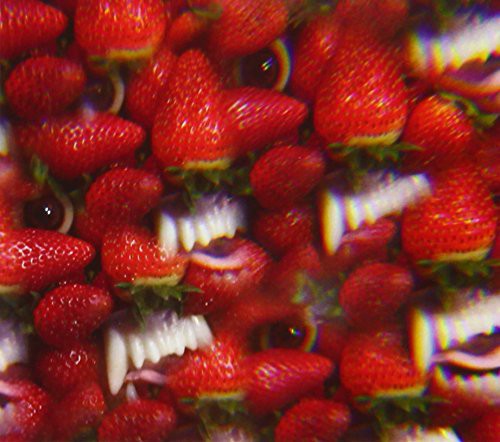 Received an 8.0 rating from Pitchfork. We all know the type: prolific bands that commit every loose thought, stray idea and 90-second song fragment to tape. Bands that pay no attention to little inconveniences like "release cycles" or "self-editing," and instead decide that quantity equals quality, creating a discography more labyrinthine, imposing and-ultimately-exhausting than the cast of creatures in a sci-fi novel. Here is why none of that applies to THEE OH SEES. Because each of the dozen-plus albums they've released since 2004 possesses a distinct personality and represents a different point along the path of JOHN DWYER's slow transformation from auteur of woozy, bare-bones four-track psychedelia to goggle-eyed garage rock marauder backed at long last by a band that both shares and stokes his singular vision. Because drop a needle on any record and-to their great credit-it takes several songs before you're convinced it's Thee Oh Sees. The seasick hundred-bottles-of-rum shanty "What the Driven Drink," from 2007's delirious Sucks Blood exists in a different galaxy than the rollercoastering "Chem-Farmer" from last year's Carrion Crawler / the Dream; the doomy doo-wop of "Blood on the Deck" hardly seems like the product of the same band that delivered the yelping "Ruby Go Home" in 2009. And the band that made last year's engrossing Putrifiers II seems like a distant cousin to the one delivering Floating Coffin-arguably the most varied and textured Oh Sees record to date. Chalk some of the group's cunning chameleonic ability to Dwyer's fifteen-year resume. The driving force behind such beloved and sonically disparate bands as Coachwhips and Pink and Brown, Dwyer's increased fidelity to Thee Oh Sees and only Thee Oh Sees is evidence of a newfound sense of purpose and focus. Where once Dwyer used to funnel his divergent artistic ideas through a host of different channels, lately he's been finding ways to make all of those impulses function within the framework of Thee Oh Sees-who have in turn grown closer and tighter and sharper with each eye-popping, jaw-dropping live show. That sense of unity is palpable throughout Floating Coffin, the next chapter in the story of Thee Oh Sees, the one where they fix their fury against the onrushing night. It's another blistering demonstration of Thee Oh Sees greatest trick: they're the only prolific band who doesn't put out records often enough.