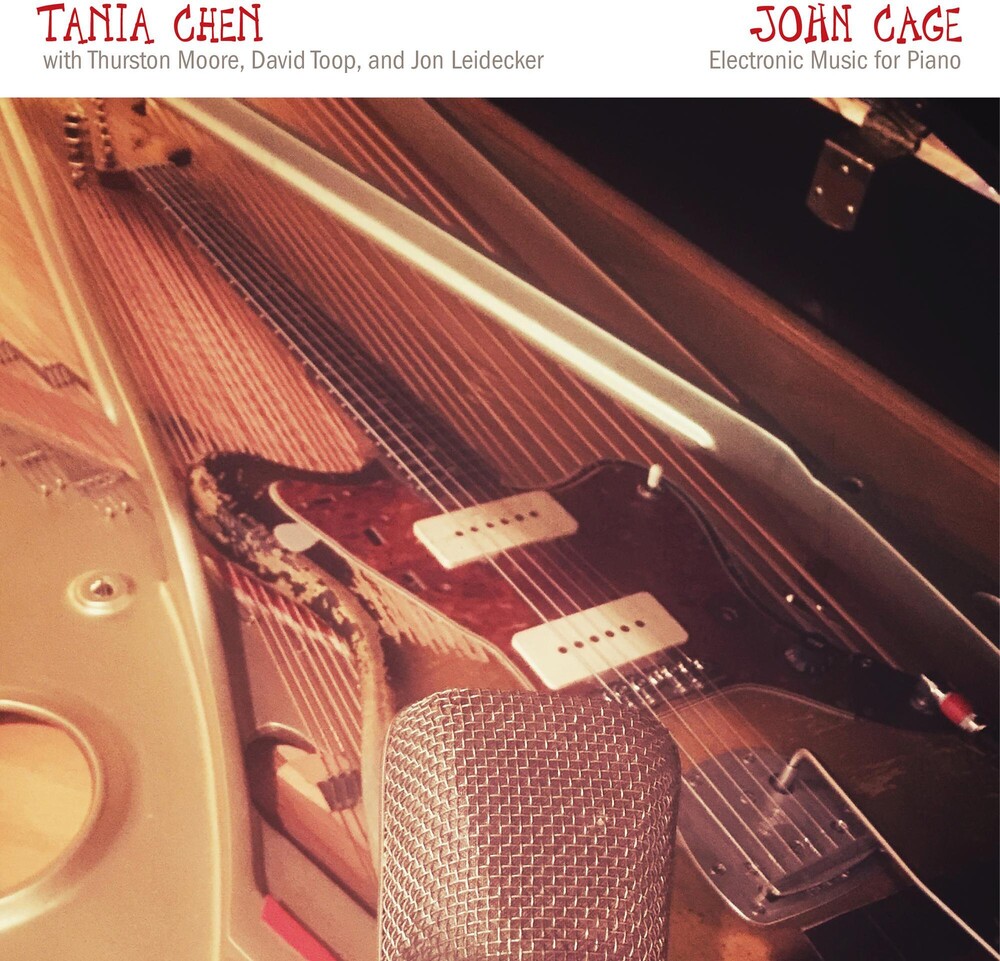 Composer John Cage (1912-1992) is one of the classical world's best known experimental composers and theorists. Electronic Music for Piano is one of Cage's least known pieces because the score is among his most enigmatic and consequently, there are few commercial recordings of it. Written in Stockholm in 1964 on hotel letterhead, the notes ask the performer to select parts from his Music for Piano 4-84 and use electronic equipment. Everything else is up to the artist's discretion. Enter Tania Chen, the U.K.-based pianist who has become a revered and leading interpreter of Cage's work. Recording in both London and Berkeley, CA, Chen joined forces with Thurston Moore (Sonic Youth), David Toop (former member of The Flying Lizards, and recording artist on Brian Eno's Obscure label) and Jon Leidecker (aka Wobbly, who has also worked with Negativland) to create a new version of this piece helmed by Gino Robair-composer, musician, and scholar. The nearly 70-minute piece contains all elements of what Cage envisioned with his work-the artist using technology to keep a piece of art current, revealing, and astounding. The package contains notes from Robair, who states this "realization of Electronic Music for Piano has sudden (sometimes drastic) transitions as well as silences lasting up to 3 minutes. You'll also hear artifacts of the performance-for example, the creak of the piano bench and the physical movement of the musicians-which addresses a statement in the score that reads 'Consideration of imperfections in the silence in which the music is played.'" While it is astounding to think this piece was written over a half-century ago, it's even more impressive to know it's never been this timeless. New recording of John Cage's rarely-recorded 1964 composition.  Tania Chen is a leading pianist and interpreter of Cage's work.