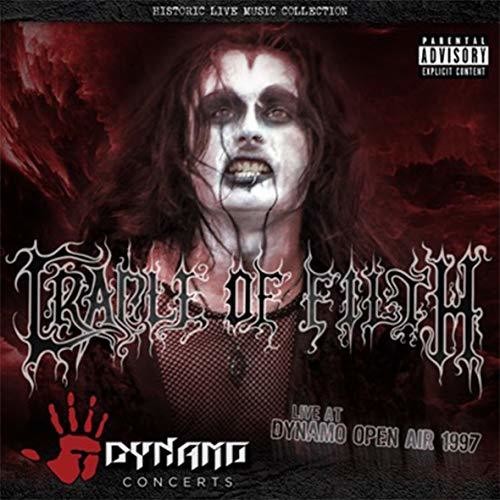 A theatrical approach of black metal with a creepy and nasty stage show Cradle of Filth released their first album in 1994. Principle of Evil Made Flesh was well-received and in 2006 found its’ way into Metal Hammer’s list of the top ten black metal albums of the last 20 years. At the Dynamo Festival 1997 they picked out three classic songs from their debut album “The Forest Whispers My Name”, “The Black Goddess Rises” and “To Eve the Art of Witchcraft.”
back to top