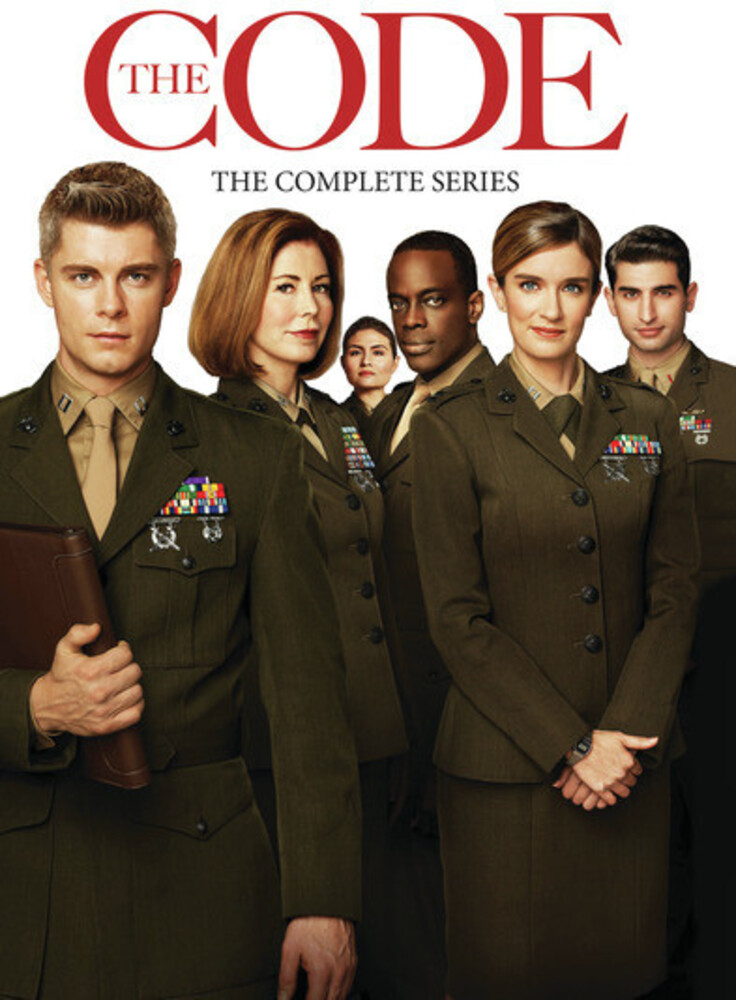 THE CODE is a drama about the military's brightest minds, who tackle the toughest legal challenges facing the U.S. Marine Corps. As prosecutors, defense lawyers, and investigators, these Marines work together to serve their country with integrity while often putting aside their personal ideals for the sake of justice. Operating out of Judge Advocate General Headquarters in Quantico, Captain John Abe Abraham is a driven prosecutor for whom becoming a Marine is a longstanding family tradition and a responsibility he treats with devotion and passion. His colleague and friend, Captain Maya Dobbins, is the fearless lead defense attorney who is never hesitant to go up against one of her own, but is also a team player if it means finding the truth. Major Trey Ferry is Abe's eloquent and wise superior officer working for the prosecution who pursues suspects with ferocity. Commanding officer Colonel Glenn Turnbull, one of the highest-ranking female officers in the Judge Advocate Corps, demands excellence of herself and her staff, while inspiring intense loyalty. Assisting the team is Lt. Harper LI, a highly capable lawyer who is eager to take on bigger cases, and tech-savvy, efficient Warrant Officer Rami Ahmadi, the Marine equivalent of a paralegal. These active duty Marines are attorneys who have chosen to serve their country in pursuit of military justice at home and abroad.