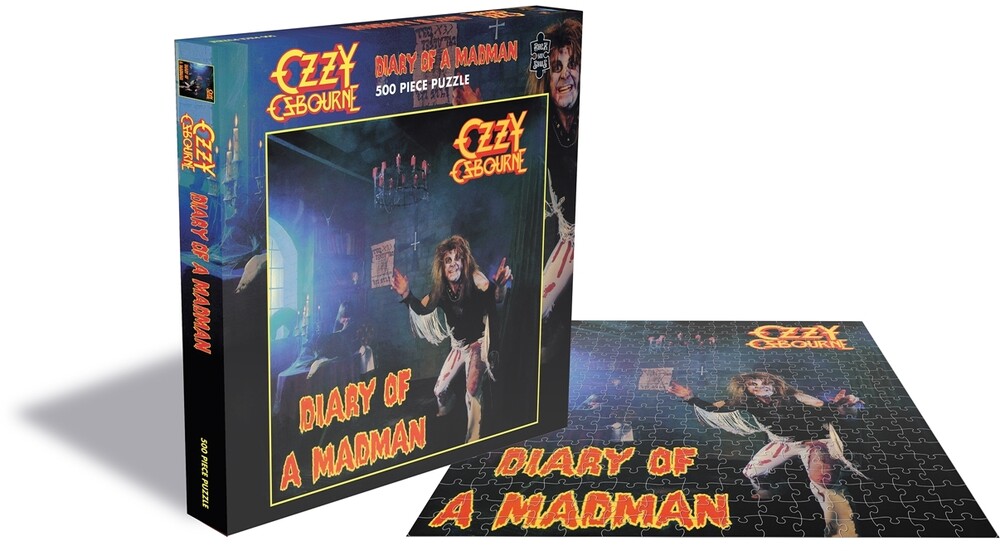 Released on 7th November 1981, "Diary Of A Madman" is the second studio album by British heavy metal vocalist Ozzy Osbourne. It would be the last Osbourne studio album to feature late guitarist Randy Rhoads and drummer Lee Kerslake. Featuring the singles "Flying High Again" and "Over The Mountain", the album reached the top 20 on the UK Albums Chart and US Billboard 200. To date, the album has sold over 3 million copies worldwide. In 2017, it was ranked 15th on Rolling Stone magazine's list of the 100 Greatest Metal Albums of All Time. The album's cover art features Osbourne's son Louis to his side, with Osbourne himself posing in theatrical make-up. This artwork is now available as a 500 piece jigsaw puzzle printed on high quality board. 500 pieces Weight: 490gJigsaw size: 41cm x 41cm Box size: 30.9cm x 30.9cm x 2.8cm
back to top