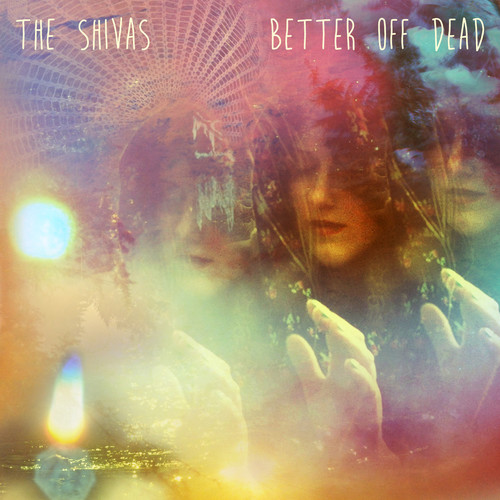 2016 release. We're going to be digesting the 20th century in music for at least as long as it lasted. The Shivas - typically versed in garage and surf and psych, pieces of Nuggets and Pebbles, touring regularly with The Dandy Warhols and playing Austin Psych Fest - have laid down Better Off Dead not with the raucous anarchy of the John Cusack movie of the same name, but instead with this lilting grace of static and radio waves from the past century falling all around, studying not the fuzzy chunks that fell off in the wake of the '60s psychedelic crisis. This is something earlier, slower, not a "new direction," but just a natural branch off the same tree. Better Off Dead is like a hall of mirrors, but instead of seeing yourself everywhere you look, it's Roy Orbison, and then it's Les Paul & Mary Ford in the fogged glass - ghosts in the mixing board, all old and full of hiss, rattled loose and flying around. We're all digesting the past century of music; The Shivas have been doing this the whole time and just happen to do it a lot better than the other bands attempting the same thing.