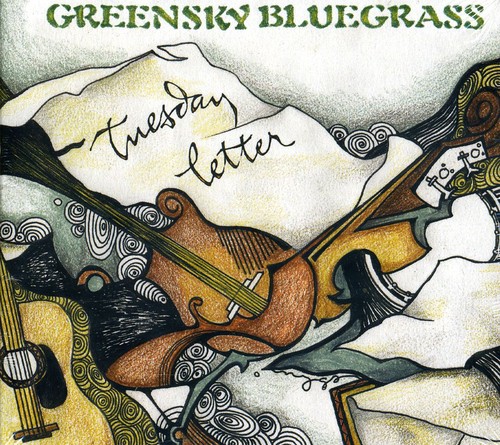 Winners of the 2006 Telluride Bluegrass Festival Band Competition, Michigan's own Greensky Bluegrass is earning recognition nationwide as a growing force in acoustic roots music. Performing at festivals, theaters, clubs and listening rooms all over the US, their rare traditional sound is piquing the interests of not only bluegrass enthusiasts, but lovers of music of all genres. It is their unique "fusion of tradition and enthusiasm for improvisation" that has come to define the band's creative and tangible compositional style. Formed in the fall of 2000 by Michael Arlen Bont (banjo), Dave Bruzza (guitar), and Paul Hoffman (mandolin), Greensky has undergone a musical evolution as unique as the music it has produced. As newcomers to the bluegrass scene, the three sought to define themselves within the framework of their bluegrass favorites while establishing a voice of their own, drawing upon an array of influences and varied musical backgrounds. This voice first became evident in their May 2004 release of Less than Supper, recorded with bassist Chris Carr and dobro player Al Bates. In the fall of the same year, Greensky Bluegrass welcomed bassist Michael Devol, and in the summer of 2006 released their second studio album, Tuesday Letter. This album, produced by Tim Carbone of Railroad Earth, has proven a milestone in the quartet's growth as musicians and increasing exposure to a thriving national community. '...every great album starts with great songs and this record is no exception. Songs of hope, truth, loss, and love of family and friends are all here. Songs that will make you laugh, dance and think. And songs of grace.' -Tim Carbone Live performance is central to Greensky Bluegrass' presence in today's eclectic acoustic scene. Touring extensively since 2005, Greensky has developed great versatility in the performance arena, earning audiences nationwide, from all walks of life. The mixing of original compositions with traditional bluegrass numbers gives the band a broad spectrum in which to display their driving technical chops, vocal abilities, and lyrical insight. A spirit of improvisation remains evident in live shows, which contributes to an ever-growing population of returning fans and avid show traders. On-stage collaborations have paired the boys with Railroad Earth, Larry Keel and Natural Bridge, and Steppin' in It. The band has also shared bills with influential acts including Ralph Stanley, Peter Rowan and Tony Rice Quartet, Yonder Mountain String Band, Sam Bush Band, New Monsoon, Bela Fleck and the Flecktones, Keller Williams, Hot Buttered Rum, Vince Herman, The Mammals, The Hackensaw Boys, The Avett Brothers, Darrell Scott, King Wilkie, David Grisman Quintet and more. The band recorded material for their first live album on June 1 and August 2 of this year at their home venue of Bell's Brewery in Kalamazoo, Michigan and anticipate it's release during the late fall. Listeners can look forward to a live experience that Larry Keel has referred to as "a true hoedown... Kalamazoo style".
This website uses cookies to personalize content and analyse traffic in order to offer you a better experience.
I accept Learn More
back to top