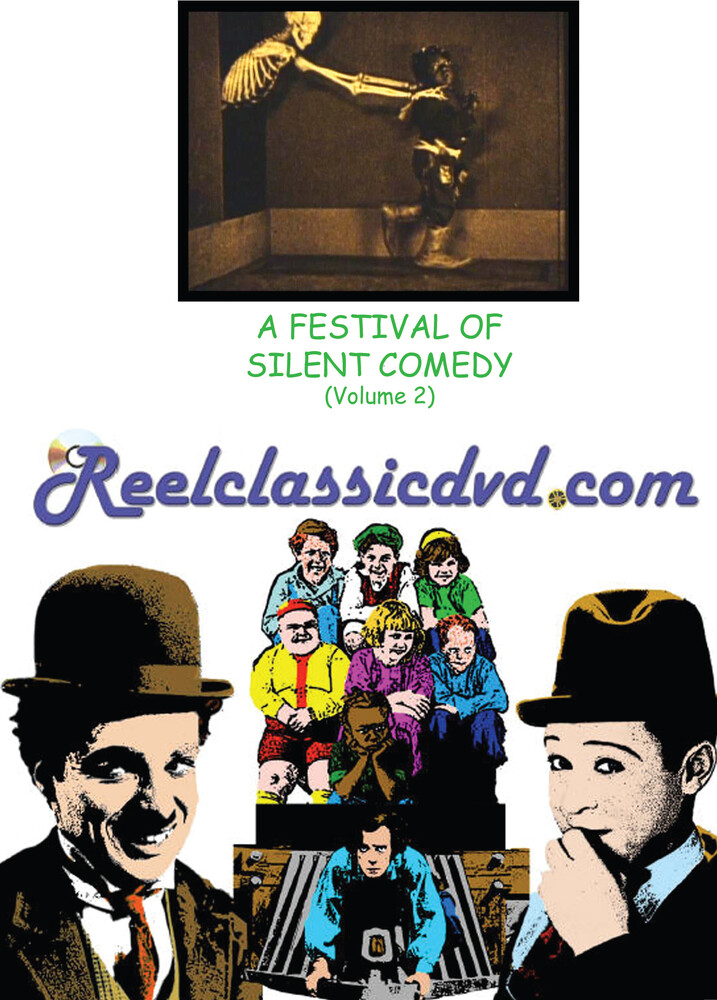 A FESTIVAL OF SILENT COMEDY (Volume 2) Six Great Shorts on One DVD! LUKE'S MOVIE MUDDLE (1916) starring Harold Lloyd, Snub Pollard and Bebe Daniels. Harold appears as Lonesome Luke in one of his earliest surviving films! Luke runs a movie house and doubles (or triples?) as box office attendant and usher. Snub is the sleepy and inept projectionist. Everything that can go wrong, well, goes wrong! Wacky stunts and comic panic are on the program in this fast moving comedy gem! Made from a superb print, this is the very best quality available on DVD! HEAVY LOVE (1926) produced by Joe Rock. Starring "A Ton of Fun" ("Fatty" Alexander, "Fat" Karr and "Kewpie" Ross) with Lois Boyd. The "Ton of Fun" boys are three of the fattest, most inept carpenters who ever drove a nail through a skull. They get themselves a job working for a young lady (Boyd) and end up creating (and subsequently destroying) the wackiest house ever seen. This film is simply hilarious from beginning to end and has to be seen to be believed. It's full of amazing pratfalls, mishaps and terrific stunts. It's a wonder no one was killed making it! Total madness! THE SOILERS (1923) starring Stan Laurel and James Finlayson. This spoof of THE SPOILERS, released earlier the same year, is nearly plotless and features Stan and Fin in a crazy brawl (occasionally interrupted by a rather "swishy" cowboy) through practically the entire film! A real knockabout comedy if there ever was one - and lots of fun! HE DID AND HE DIDN't (1916) starring Fatty Arbuckle and Mabel Normand. This is one of the most unusual "comedies" ever made. Fatty suspects Mabel is having an affair with an old school friend and strangles her in a fit of jealousy! A very dark film and daring for it's time, it's quite a departure from the usual Keystone fare. It is, however, a comedy. Let's just say eating lobster before bed might give one bad dreams! THE NON-SKID KID (1922) starring Eddie Boland. Here's a very rare Hal Roach comedy featuring a man who is nearly forgotten as a starring comedian. Eddie Boland is, however, one of those "familiar faces" who popped up in many supporting roles throughout his career (SUNRISE, THE KID BROTHER). In this delightful film, Eddie stops for gas at a service station that is run entirely by attractive young women. They're running the station, by the way, to help out the owner who they accidentally ran over earlier in the day! SHOOTIN' INJUNS (1925) starring Our Gang. Another rare Hal Roach comedy in which the Gang, dreaming of being cowboys, embark on a journey to find real Indians to shoot. Along the way, however, they are forced to shelter from a storm in a novelty house intended for an amusement park! This film REALLY pulls out all the stops. It's one of those great scare comedies at which Our Gang excelled. Not only is the house full of elaborate devices, but the film contains some of the most amazing special effects ever seen! Jaw-dropping even by today's standards, this one should not be missed! Original music scores composed and performed by Ben Model!
back to top