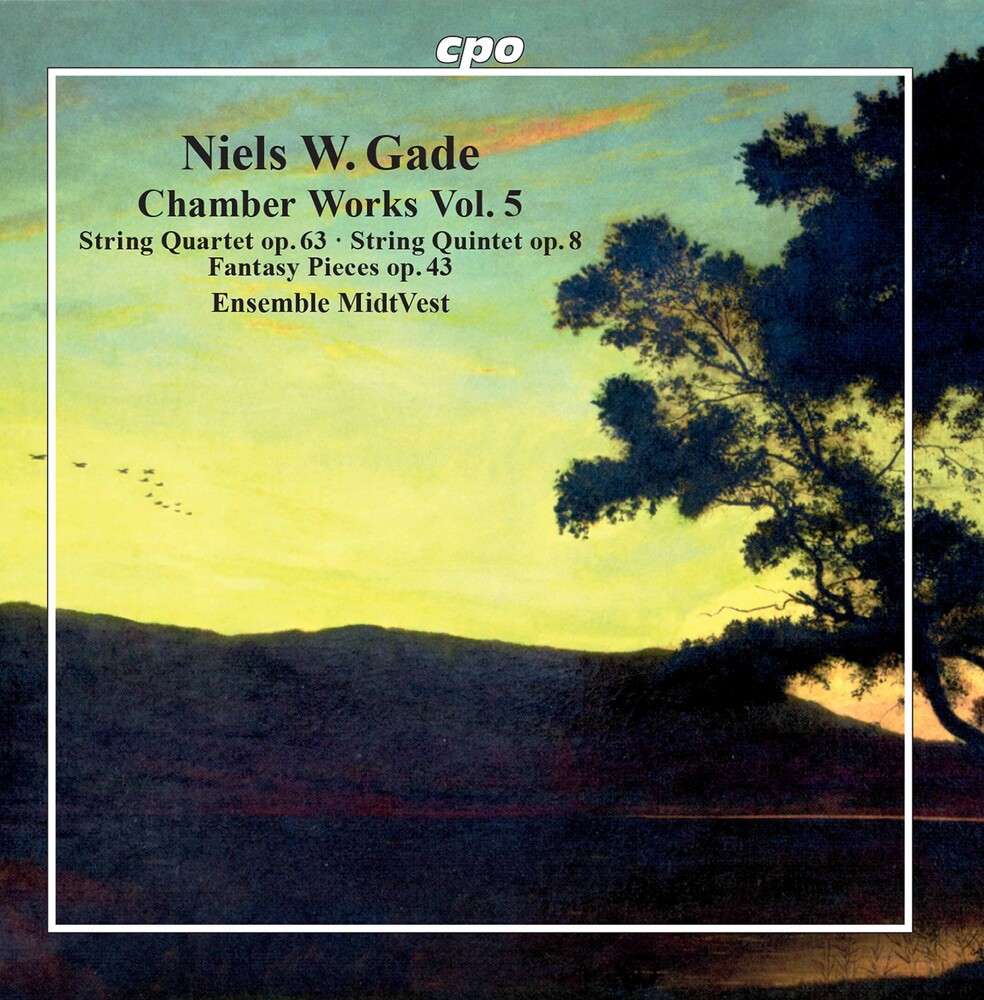 The last volume of our series of Gade recordings based on the new critical edition of his complete oeuvre, once again includes chamber works with a long and complicated history of composition inasmuch as Gade often submitted his earlier works to later revisions - as was the case with his String Quartet No. 1 and String Quintet op. 8. He composed the latter work between his second and third symphonies and around the same time as the cantata Comala. The results clearly show that he wrote the quintet at a time when he had not yet abandoned the national Romantic ideas of his young years, even though he was already in Leipzig. On the one hand, the quintet is not based on any sort of programmatic or textual background. On the other hand, Gade had not yet assimilated the Classical-Romantic style including the independence from the Classical sonata form that would so clearly be reflected in his last chamber works. His Fantasy Pieces op. 43 and elegant character pieces are all more or less designed in a complex song form - however, with a texture that in almost all cases consists of a leading melody part in the clarinet and an accompaniment in the piano.