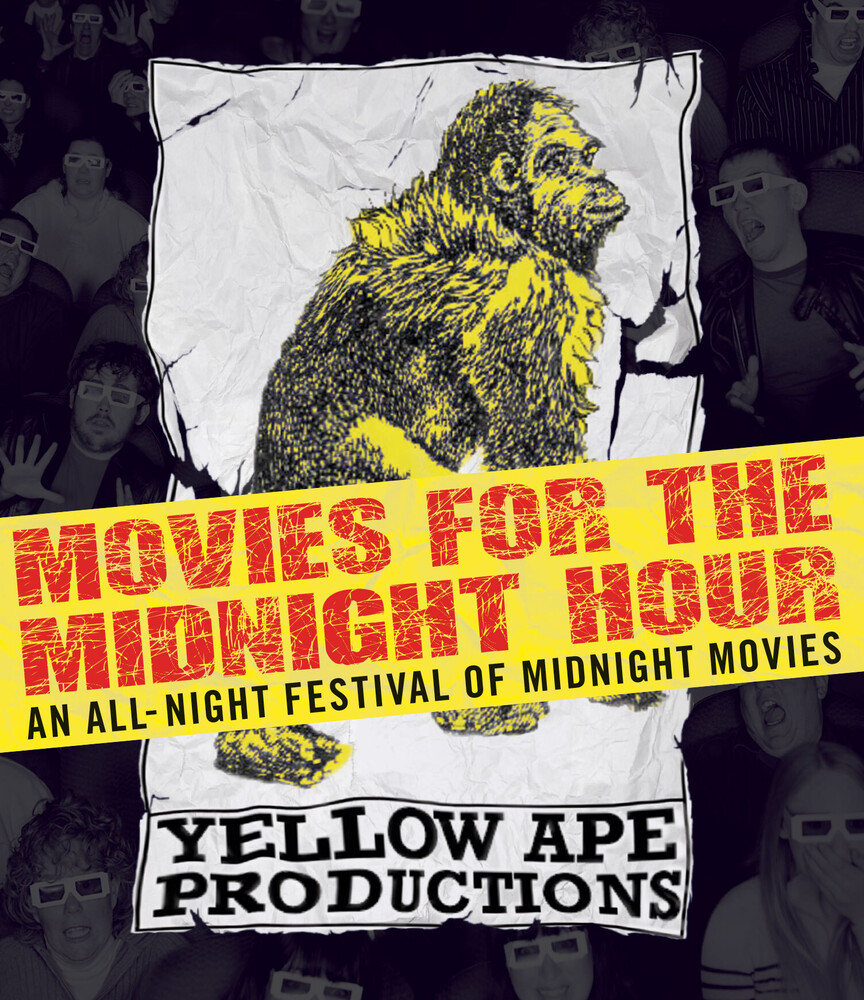 Picture yourself at the moonlight drive-in at the end of the road or in the grimy grindhouse of your choice. Get yourself the biggest box of greasy, buttery popcorn and a giant bucket of soda - perhaps with a little something extra - and settle in for a midnight movie festival of deliriously epic proportions!Cult filmmaker Jim Haggerty unleashes his full collection of short films! Some are scary, some are funny, some are serious, some are sexy, some are trippy, some are retro, but they're all Movies for the Midnight Hour!Cold Dead Hand - a girl from the wrong side of the tracks discovers something in the fridge, and more might be waiting!Haunting Day - the long lost film everyone's heard of but no one's ever seen - Yellow Ape unearths the only known print of this macabre gem!Reunion - a chance meeting between two former classmates brings to life old feelings and perhaps a second chance. What does fate have in store?The Announcer - a hilarious and terrifying statement that society is being corrupted and usurped by materialism and greed... in the framework of a cheesy horror movie!Housewitch - when a neglected housewife is left all alone in the new house she thinks is haunted, she's in for a change!The Nutcracker - creepy leftover Christmas decoration creates a nightmarish weekend for a young woman house-sitting alone... Creature - a woman's life seems to have descended into a white-trash circus when her trampy daughter runs off with her sleazy boyfriend... but what is that green slime in the bathtub?Housewitch 2 - the Housewitch returns to seek revenge on the sleazy real estate mogul who sold her the haunted house!Frank - a troubled woman accepts a date from a strange older man, not knowing what he has on his mind. A modern variation on the Frankenstein tale.The Horny Ape - a wacky silent film like you've never seen! When Kitty's husband goes hunting, she finds an escaped ape is hunting her - with love on his mind!
back to top