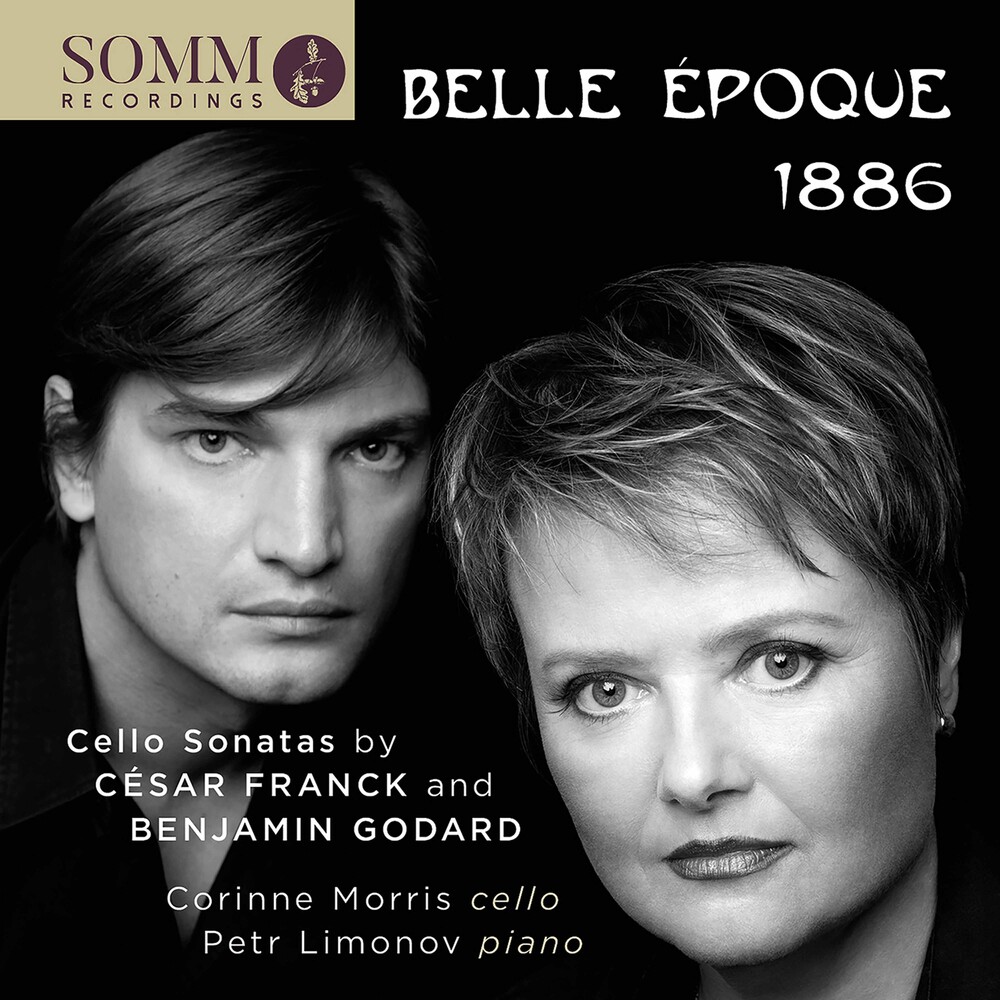 SOMM RECORDINGS'Belle Ă‰poque 1886 celebrates a golden age of French chamber music, uniquely coupling Cello Sonatas by CĂ©sar Franck and Benjamin Godard. Franck's A major and Godard's D minor Sonatas were both composed in 1886 when French composers were replacing Austro-German dominance with a native, vernacular style. Making their debuts on SOMM are cellist Corinne Morris and pianist Petr Limonov. Of Anglo-French heritage, Morris continues to reveal herself a formidable musician. She made a triumphant comeback after a shoulder injury forced her to withdraw from the concert platform for more than five years. She has been hailed by Mstislav Rostropovich as "'Corinotchka', my colleague" while Paul Tortelier wrote "My warmest wishes are for Corinne and her art". With a burgeoning profile at the keyboard and conductor's podium, Russian-British pianist Petr Limonov has been described as "an extremely multi-faceted, phenomenal musician who has an endless array of abilities" (Classical Music magazine). Franck's Cello Sonata - an arrangement by cellist Jules Delsart of his Violin Sonata, originally composed for violinist EugĂ¨ne YsaĂ¿e's wedding and the only alternative version sanctioned by the composer - is notable for the lyrical, singing quality of it's cello writing while boasting complex harmonies and sophisticated thematic devices throughout. A prolific composer, versatile musician and close associate of Franck's, Godard's Cello Sonata, says Gavin Dixon in his booklet notes, "demonstrates an innate knowledge of the instrument, especially of the varied expressive potential of it's different ranges". It is shot through with vivid coloring of the cello's voice in shifting registers and Godard's penchant for the operatic.