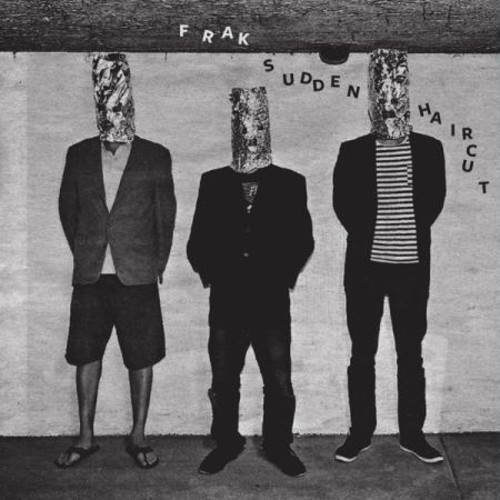 Frak are BjĂ¶rn Isgren, Johan Sturesson and Jan Svensson, a trio of synthesizer lovers from Sweden. The band was formed when Svensson and Isgren's older sisters were best friends and they introduced their little brothers to each other. Inspired by Severed Heads, DAF, Human League, Devo, Skinny Puppy, the boys began collecting analog equipment and started Studio Styrka. While the band were still in their early teens they released the first FRAK cassette album in 1987 on their own record label BĂ¶rft. Almost 30 years later, FRAK continue to release their bizarre brand of Scandinavian techno with their debut release on Dark Entries. "Sudden Haircut" was recorded in 2015, a ten-minute brooding, heavy hitting acid attack full of 808 drum claps aimed at the dance floor. The three remaining songs come from a studio tape the band found in their archives named 'FRAK "After The Silence" 2001-2010' "SynthgĂ¶k" and "Synthfrilla" were recorded in 2010 and originally released on the 'BĂ¶rft' EP by Sex Tag Mania in 2012. Utilizing a 808, 303, 101 and MS-10, both are supreme cuts of electro leaning acid techno that perfectly fit the sweatiest moments of any club land experience. The deliciously rugged final track "First Glimt I Ă–gat" is a vintage unreleased Frak song from 2001 recorded one month before the track "Second Coming" (later released as B1 on 'BĂ¶rft' EP). All songs have been mastered for vinyl by George Horn at Fantasy Studios in Berkeley. Designer Eloise Leigh has created a playful DIY jacket based on a mysterious black and white photo of the band in their classic tin foil masks. Each copy comes with a black and white postcard featuring a distorted back stage photo of FRAK in their teens.