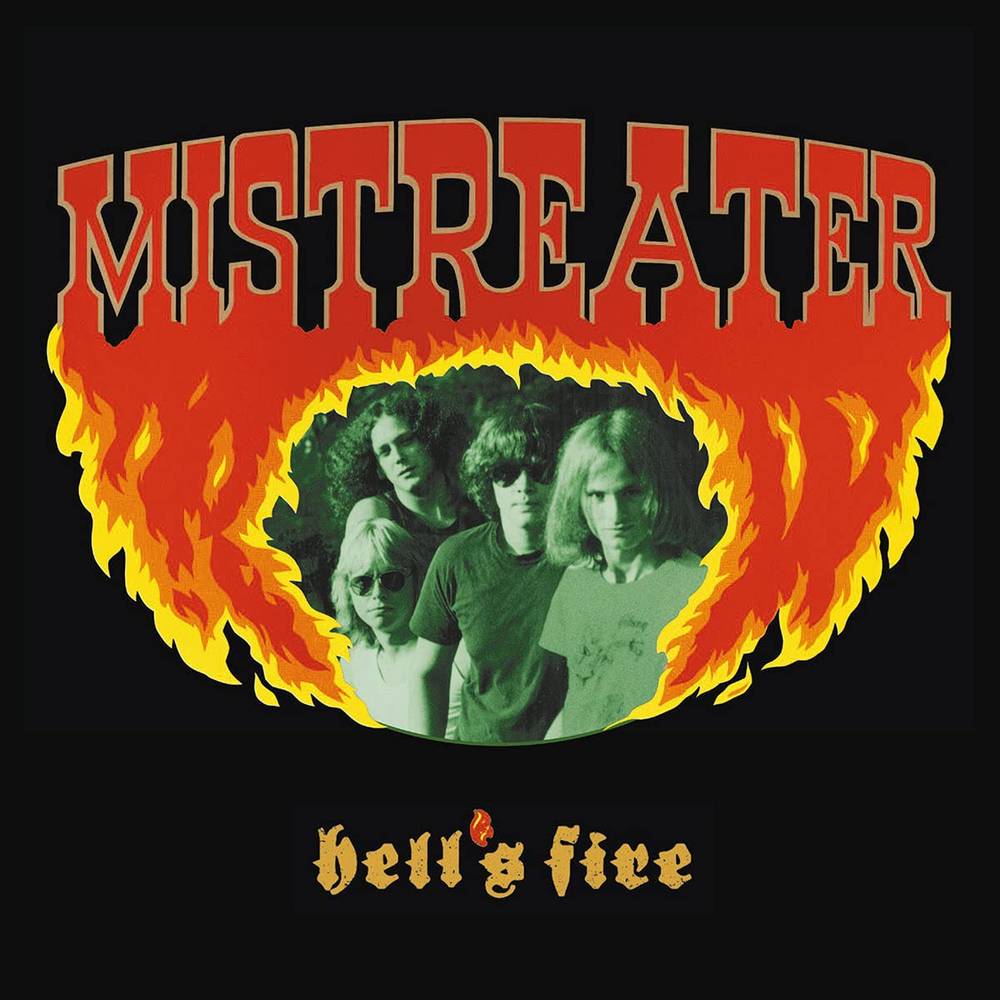 If Black Sabbath had been born and bred in an Ohio mobile home and raised on a steady diet of smoke and acid - the result would sound exactly like Mistreater. In 1981, the group independently recorded and released the "Hell's Fire" album. Today the album is considered a US metal classic and is considered one of the strongest metal albums ever made by metal aficionados - original copies are hard to find and there's a hefty price tag if you're lucky enough to find a copy for sale. Mistreater is from Creston (population 2000) and was far outside everything and everybody associated with the "hip" music scene in Ohio. Mistreater either didn't know or care about the scene in nearby Cleveland where bands like proto-punk rockers Electric Eels, Rocket From The Tombs and Styrenes made waves. Pere Ubu and Dead Boys sprang from these roots. The Pagans ruled the Cleveland area during the punk days. Earlier, The Choir, Raspberries and The James Gang were pivotal Cleveland bands. As local audiences were receptive, the city was a major stop-off for touring bands. Similarly, radio station WMMS also had open ears. Nowadays, The Rock & Roll Hall Of Fame is located in Cleveland. It goes on - Cleveland and it's surroundings were happening. Mistreater was into none of this... Their music was by outsiders for outsiders. More brutal, raw and louder than everyone else. Rough-edged and without gloss, the Mistreater of Hell's Fire was not aiming for the mainstream. The riffs are stoner hard knock-outs and the guitar leads are psyched-out punches rooted in heavy psychedelia. Sweden's On The Dole Records is proud to present the first-ever reissue of "Hell's Fire". And in true OTD fashion, no expenses were saved. The band was interviewed for the extensive liner notes, rare photos were found, the sound is remastered and carefully restored, and the non-album single b-side "Baby Blue" is added as a bonus. This is a US metal / D.I.Y masterpiece that should be heard by everyone into hard, loud music and massive guitar riffs. It's like Greg Sage of The Wipers had gone metal. It would have been the ultimate soundtrack to Tim Hunter's "River's Edge" movie with Dennis Hopper. Mistreater were young and had no contacts or new ways to reach out with their music back then... Now the time has come for the resurrection of Mistreater. Mistreater is not in the nearby Rock'n'roll Hall Of Fame in Cleveland. But they should be. This OTD reissue goes to prove it.
back to top