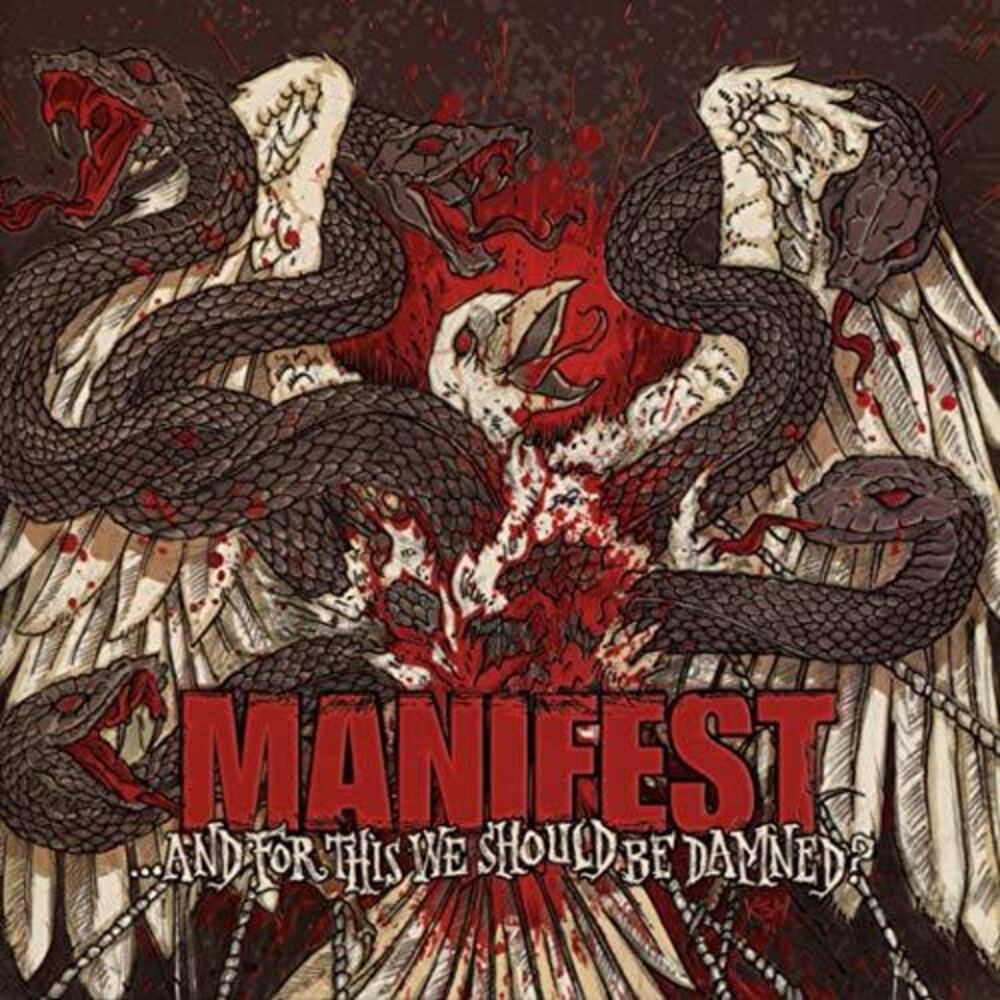 And For This We Should Be Damned?
Artist: Manifest
Format: Vinyl
New: Out of Stock
Wish

Norways crossover kings Manifest finally unleashes their 4th full length album "... And For This We Should Be Damned?" on vinyl for the first time. "... And For This We Should Be Damned?" was recored live-in studio. The band worked closely with producer HĂĄkon Gebhardt for this recording. He pushed the band beyond limits to capture the fierce, raw and organic energy on tape. This album represents a true band effort, in a way that is rarely heard in the metal world these days. For the mixing & mastering, Manifest once again turned to Knut Prytz. Prytz has worked with the band before, both as producer & engineer on the two previous albums. He knows the band inside-out and delivered a great sounding mix that really stands out. The cover artwork is made by K3n Adams. K3n is probably best known for his extensive design work for Lamb of God, but he has worked with dozens of other bands including Slayer/Hellyeah/Coheed & Cambria. The image of venomous snakes erupting from a dove, complements the albums music and lyrics in a perfect way.
back to top