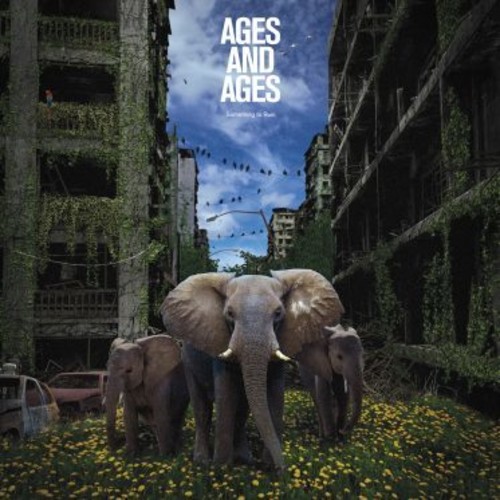 Vinyl LP pressing includes digital download. If Ages and Ages' debut album Alright You Restless declared independence from the cynicism and self-consciousness plaguing a generation; and the follow-up Divisionary was an exercise in confronting change, conflict, and loss; Something to Ruin addresses the debris of our collective failures and asks whether we might be better off letting go and starting over. Recorded at Isaac Brock's studio (Ice Cream Party), the band's fourth album is still full of their infectious and joyful melodies while also reflecting on several serious existential themes. Something to Ruin came out of this reflection, exploring what it's like to watch your surroundings implode in a frenzy of real estate development and lifestyle branding. Songs like "Kick Me Out" and "My Cold Reflection" describe an existence where almost everything is monetized and loses it's meaning. The album's first track "They Want More," deals with the struggle to live an honest life in this type of superficial cultural landscape.