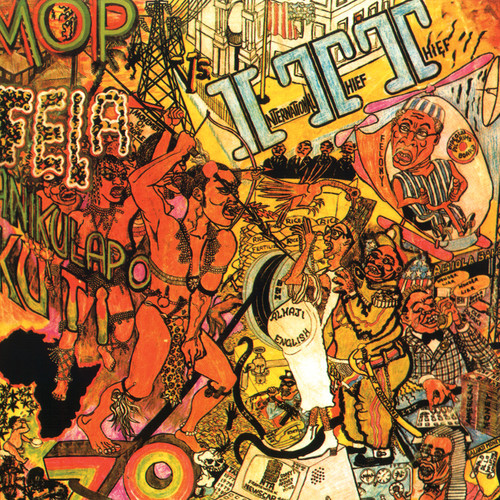 180gm vinyl LP pressing. I.T.T. International Thief Thief (1980) was recorded following Afrika 70's disintegration and the formation of Egypt 80. It is one of a quartet of courageous 1979/80 albums completed by V.I.P. (Vagabonds In Power), Authority Stealing and Coffin For Head Of State. In "International Thief Thief," Fela makes highly insulting, personal attacks on former Nigerian president General Obasanjo, and Moshood Abiola, the local chief executive of the multi-national corporations Internal Telephone & Telegraph (ITT) and Decca Records. Obasanjo Fela regarded as a crook, an incompetent and a thug, and held him responsible for the death of his mother following the 1977 sack of Kalakuta. Abiola, he believed, had both cheated him out of royalties and conspired with Decca's London bosses to silence him after the 1977 attack, in order to maintain favourable relations with Obasanjo's regime. Both men, Fela says, are "thieves," "rats" and of "low mentality."
back to top