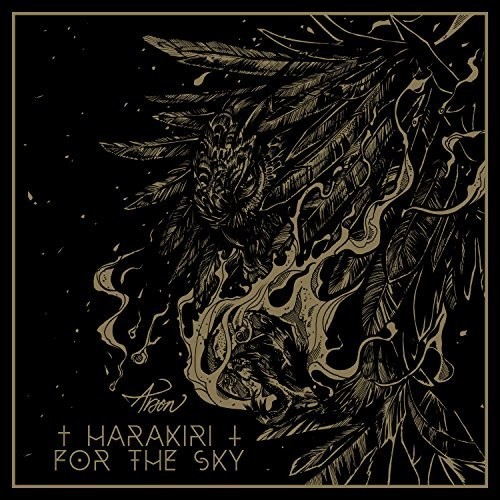 Arson
Artist: Harakiri for the Sky
Format: CD
New: Out of Stock
Wish

Hardbook Special Packaging Deluxe Double LP on PLASTIC HEAD EXCLUSIVE COLOUR!! Golden hot stamping foil, glued-in 16 page booklet with Illustrations and lyrics and one exclusive bonus song "Manifesto. Founded in 2011 in Vienna, Austria, the aim of Harakiri For The Sky has always been to create a unique mixture of melancholy and aggression, madness and meaning, wrapped in alternately manic / mellow songs that bridged black metal and atmospheric post-rock. The band was initially begun as a studio project by erstwhile BifrĂ¶st member M. S. joined by vocalist / lyricist J. J., and has recently been expanded to a live lineup. With that lineup secured, Harakiri For The Sky then embarked upon successful European tours with the likes of A Forest of Stars, Ellende, FĂ¤ulnis, Der Weg Einer Freiheit and Agrypnie among others, encompassing over 25 countries to date. 2016 was a really successful year for Harakiri For The Sky. Their 3rd album "III - Trauma" got great acclaim from critics and audiences and a nominee for the "Amadeus Austrian Music Award". The recording process of the 4th album "Arson" is fi nished. It is the fi rst time with a studio drummer on a record and no one else could fi t better into the line-up than Kerim "Krimh" Lechner who handles the drums behind Septicfl esh and played live with Behemoth. The new album was recorded, mixed and mastered by Daniel Fellner.