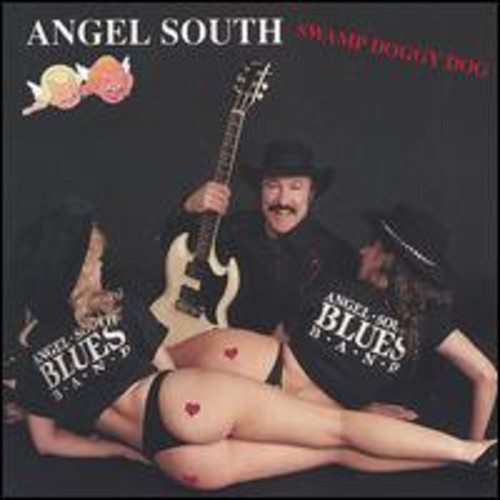 Angel South began his career in Houston, Texas rocking the local night spots. After playing guitar with B.J. Thomas and Edgar Winter, Angel moved on to join a band called 'Chase' in the 70s as the featured guitarist. He played so well that articles were written about his outlandish and crazy performances. His contributions to the band helped in the creation of two hit albums on Columbia Records and the winning of a Grammy award. After most of the members of 'Chase' were killed in an airplane crash, Angel went out as a solo artist. His knack for the outrageous won him an unusual popularity with songs like 'Heart Shaped Butt' and 'Ain't That The Schitz'. He has also gained the respect of the blues community with tracks like 'Receipt For Playing The Blues'. 'My blues can get a little crazy at times,' say Angel. 'It's not for those with weak hearts!'. Angel lost a battle with cancer in the late 90s, but his music lives on!