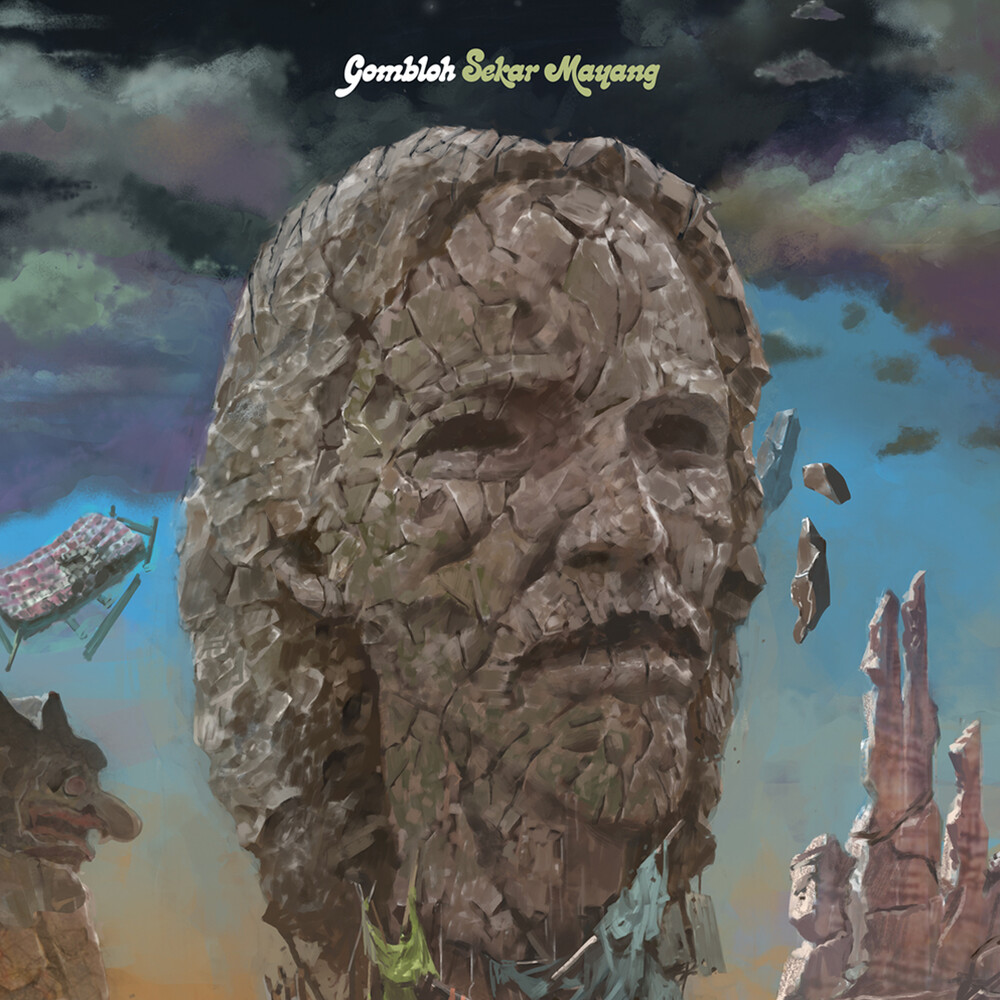 What if you have Brian Wilson and Bruce Springsteen rolled into one? And what if he came of age as an poor buskers in in Surabaya, Indonesia, but then summoned enough strength to record six albums that flew in the face of everyone in the country's rock scene back in the early 1980s? Genius, be they Brian Wilson or Soedjarwoto "Soemarsono" Gombloh, don't conform to rules written for us mere mortals. They have their own way of doing things and in the case of Gombloh, writing music, conducting recording session and spending cash from his music, must be conducted on his own terms and his terms only. Studio time was expensive back in the early 1980s, yet Gombloh could be three-hour late for his session, and while engineers, session musicians and producers were jittery about the prospect of another botched session, Gombloh took his time for a nap before the recording begun. Yet, this is Gombloh at the peak of his creative genius. You can argue that his debut album Nadia & Atmospheer s the most sprawling and complex album (both sonically and thematically), but Sekar Mayang certainly had the best songs and I can make the argument that this album's 10 songs are strong contenders for biggest hits in blues, country, psychedelic rock charts. "Prahoro & Prahoro" is one of those impossible song which appears to have sprung from a bottomless well of inspiration, encompassing King Crimson's sprawling epic, Deep Purple's deepest blues and Genesis' most progressive tendencies. Or "Sekaring Jagat", which begins as Lennon-McCartney lullaby before launching into an art-rock suite with children choir singing heavenly melodies backed by droning harpsichord and synclavier, while a buzzing Hammond B3 tightly locks with Gombloh's guitar strumming. In 'Mitra Becakan,' Gombloh went full Springsteen mode in "Mitra Becakan," a social commentary that cut so deep you can end up with tears in your eyes and lump in your throat (even if you don't understand any of it's Javanese language lyrics). This is one the most devastating social commentary even if you discount the greatness of it's musical composition. Yet, a record this stellar was largely forgotten. First, this record was a flop upon it's release in 1981. Indra Records reportedly only did one pressing on cassette tape and be done with it. Nothing was heard from this record again. Now this record can finally see the light of day.
back to top