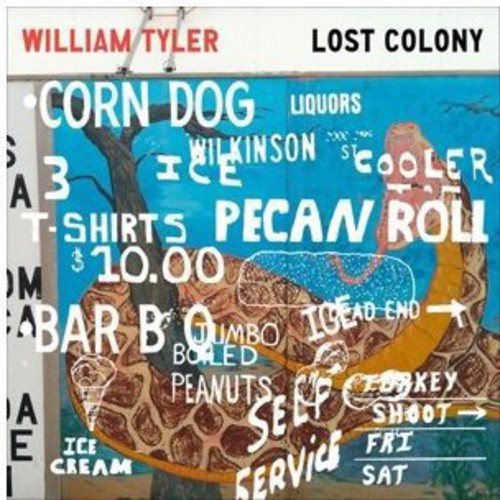 "Whole New Dude" was born from a conversation on tour with M.C. Taylor (Hiss Golden Messenger) about Julian Jaynes' The Origin of Consciousness in the Breakdown of the Bicameral Mind and how ancient peoples slowly transformed into what we could consider more "modern" thinking. Tyler and Taylor joked that the title of the book should have been Whole New Dude, and it stuck. The song is a reworking of an older piece titled "Man of Oran" that was originally featured on 2008's Deseret Canyon LP by The Paper Hats, which was the original recording moniker Tyler used for his solo work.After over a year of solo touring in support of Impossible Truth, Tyler was excited to write and arrange more for an ensemble. Including a pedal steel guitar-infused cover of "Karussell" explores Tyler's enthusiasm for seventies German psychedelic music. The 12-inch was recorded and mixed by Joe Pisapia at Middletree Studios in Nashville in late 2013. The full band for this recording is William Tyler on guitar and keyboard; Reece Lazarus (bass guitar); Jamin Orrall (drums, percussion); and Luke Schneider (pedal steel guitar). In addition, the album's front and back cover photography is the work of Tyler's younger sister Elise.