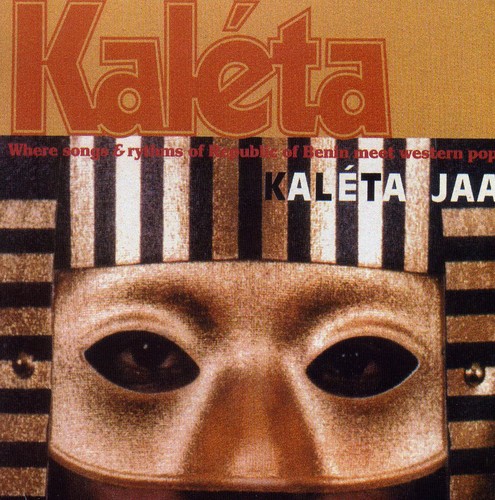 Kaleta is a composer, singer, guitarist, percussionist and producer from the west african country of Benin Republic and Nigeria.He lived all his adolescent life in Lagos Nigeria before moving to New York in the early 90s. He had performed and toured with the 2 most popular musicians from Nigeria,Fela anikulapo kuti and King sunny Ade,majek fashek to mention a few. He was also a former member of Shina Peters Afrojuju band and is currently the lead singerand frontman for Akoya Afrobeat ensemble based in New York.Check akoyamusic.com and listen to their new CD .In order to add the much visible missing link to AFROBEAT in general,KALETA have formed a brand new afrobeat band he calls ZOZO AFROBEAT meaning 'steaming hot afrobeat'This band is another melting pot with musicians from the globe...hottest side of afrobeat indeed. The music will move under your feet.While he performs Kaleta sometimes adorns his mask to give meaning to the his name. Or masquerade in most west african dialects. Kaleta sings in yoruba,English,pidgin English,ewe,French, fon and goun,the result is a captivating fusion of afropop,rock,juju,afrobeat,with the ever present touch of guitar riffs laced with massive percussions that intoxicate his audience.Kaleta was also featured on HBO series percussions. Kaleta won the 1st 2nd and 3rd spots for weeks on Africa numero 1 radio for on the african chart hosted my jean mayi in 2004.He also won the just plain folks award for same year 2004.....PLEASE VISIT ZOZOAFROBEAT.COM FOR DEMO AUDIO CLIPS AND MYSPACE.COM/ZOZOAFROBEAT. KALETA CAN BE REACHED FOR LOCAL AND INTERNATIONAL SHOWS AT 212 5923523. OR KALETAMUSIC@GMAIL.COM KALETA HAVE WORKED WITH LAURYN HILL BOTH ON TOUR AND STUDIO and have featured on movies like HBO's OZ,This America,fon is fun beninese documentary,and upcoming nigerian movie SPADE.........zozo Afrobeat will e playing New York summer stage Central Park june 28th at 3pm...pls come one,come all.