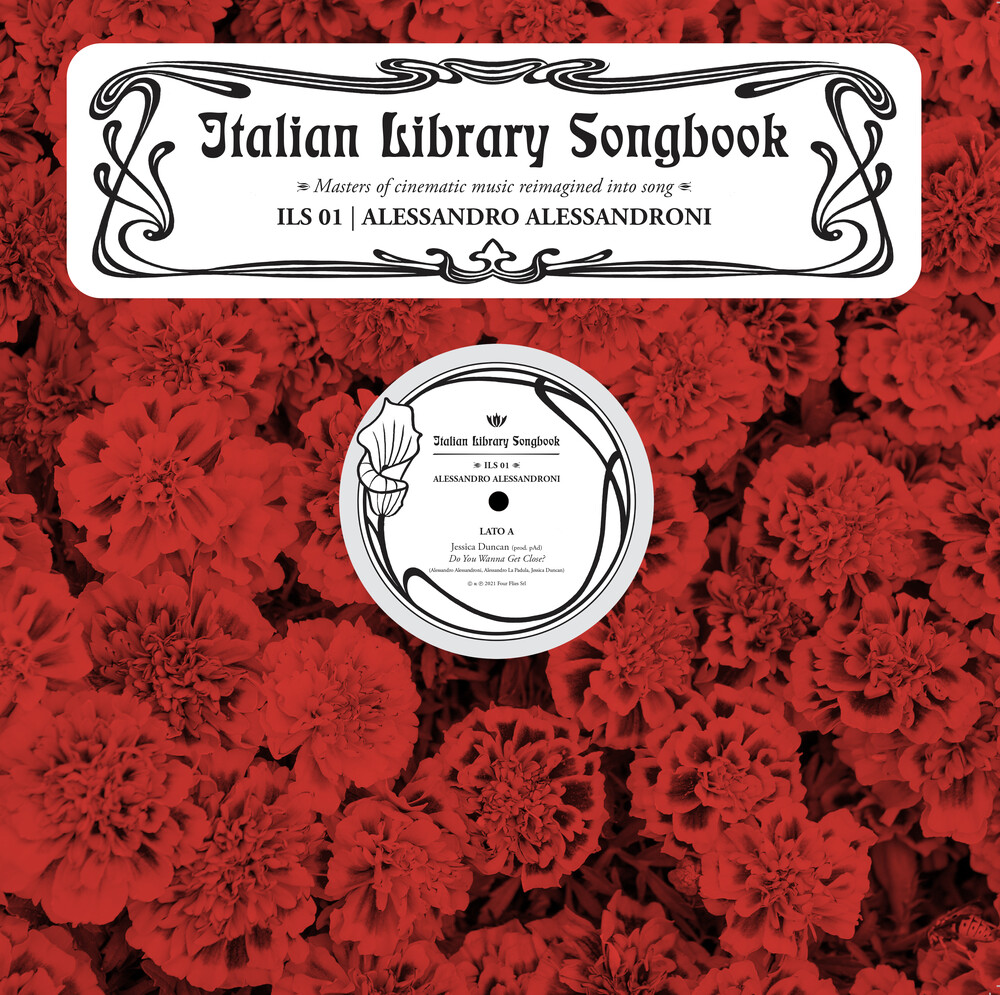 Four Flies' new record series, ITALIAN LIBRARY SONGBOOK - Masters of Cinematic Music Reimagined into Song, hopes to build a bridge between the modern and the contemporary. Producers and songwriters from today's music scene put their spin on hidden tracks and outtakes from the catalogues of Italian soundtrack maestros, reimagining them into new, previously unheard songs poised between pop and club culture - a sound nestled somewhere in between Balearic, downtempo, and organic grooves.Volume I focuses on Alessandro Alessandroni, a composer whose trajectory is emblematic with respect to Four Flies' journey as a label and publisher. Despite being best known in his lifetime for his unmistakable whistle in Ennio Morricone's soundtracks for Sergio Leone's spaghetti westerns, Alessandroni was way more than that. He was a refined composer and multi-instrumentalist, and one always ahead of his time. Partly thanks to Four Flies and it's contribution to the rediscovery of the Maestro with releases such as the EP "Afro Discoteca" and the compilation album "Lost & Found", this has become unquestionably clear in the past few years, which have seen his name climb to the top of collectors' want lists and gain recognition in the international music industry.This release goes back to one of Alessandroni's lesser known film scores, Sangue di sbirro (written for Alfonso Brescia's 1976 poliziottesco Cop's Blood), where he created his own version of the soul-infused jazz-funk music typically found in 70s Blaxploitation movies.More specifically, Neapolitan producer pAd and London singer-songwriter Jessica Duncan reimagine the original "Philadelphia", which appears on Side B and whose title clearly refers to the city that, back in the 70s, saw the birth of (mellow) disco. The result of their collaboration is "Do You Wanna Get Close?" on Side A, a downtempo, jazz-funk and Balearic gem pervaded by warm, sexy and elegant pop-soul vibes that make it a perfect club track to enjoy the night until the early hours of the morning.To ensure maximum audio quality, the mastering was done by Fabrizio de Carolis at his Reference Mastering studio in Rome's Prati neighborhood (the same neighborhood that was once the epicenter of Roman library music) while the vinyl cut at the The Carvery, the multiple Grammy-nominated London studio behind some of the best organic grooves records of the past decade. The result is a deep, full, rich and three-dimensional sound that enhances the beauty of both tracks.The series and volume artwork is by graphic designer and calligrapher Luca Barcellona, an artist used to working with analog tools such as ink, brushes and pencils. He drew inspiration from the world of literature, imagining each release as one of the volumes in an elegantly bound classics book series - an analogy that reminds us of the tactile element that makes vinyl records so unique and precious, while also suggesting the cultural value of a music that aims to connect the legacy of the past and the creativity of the present.
back to top