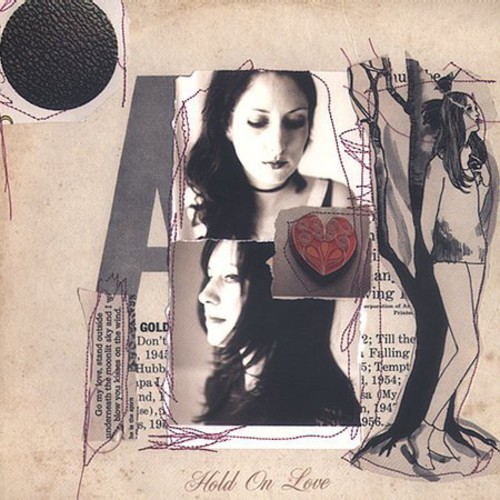 This femal duo's 3rd release takes the ehtereal aspects of their past work and mixes them with a more upbeat and enlivened technique. Visceral, intimate with soulful harmony, cascading strings and layer upon layer of encompassing sound. True souhterners at heart, Orenda and Maria's music can't help but sway and smolder like new-American gothic balladry.

Attention Faintophiles! None other than Clark Baechle himself is responsible for drum programming on two of Hold on Love's songs: "The Devil's Feet" and "We Are Mice." Not that Azure Ray sound anything like the Faint-or any of their other Saddle Creek labelmates, for that matter. In fact, unless you're the sort of person who's capable of imagining a more consistent Lisa Germano or some long-lost, far gentler musical cousin of the Delgados, Orenda Fink and Maria Taylor's delicate, meticulously arranged inventions are likely to hit you like a bolt from the blue.

"A bolt of what?" you ask. Ah, that's the tricky part, the part that begs for some potent analogy. Try this: find a photo, preferably one with some kind of sentimental value for you. Stare at it for a few moments, then slip it into a drawer. Then, try to imagine yourself as some other person a hundred years from now, someone who has no idea of who you are, or more probably, were. Now, pull the photo out and look at it. How do you feel? That's what Azure Ray are a bolt of-the present viewed as the past from the future.

It's a beautiful present, and a damned one, too, but in a gentle way. Like the proper Southern ladies they are, these former Athenians never raise their voices, no matter how many crumbling relationships or instances of excessive alcohol consumption find their way onto the album. And their quiet stoicism suits them beautifully.
back to top