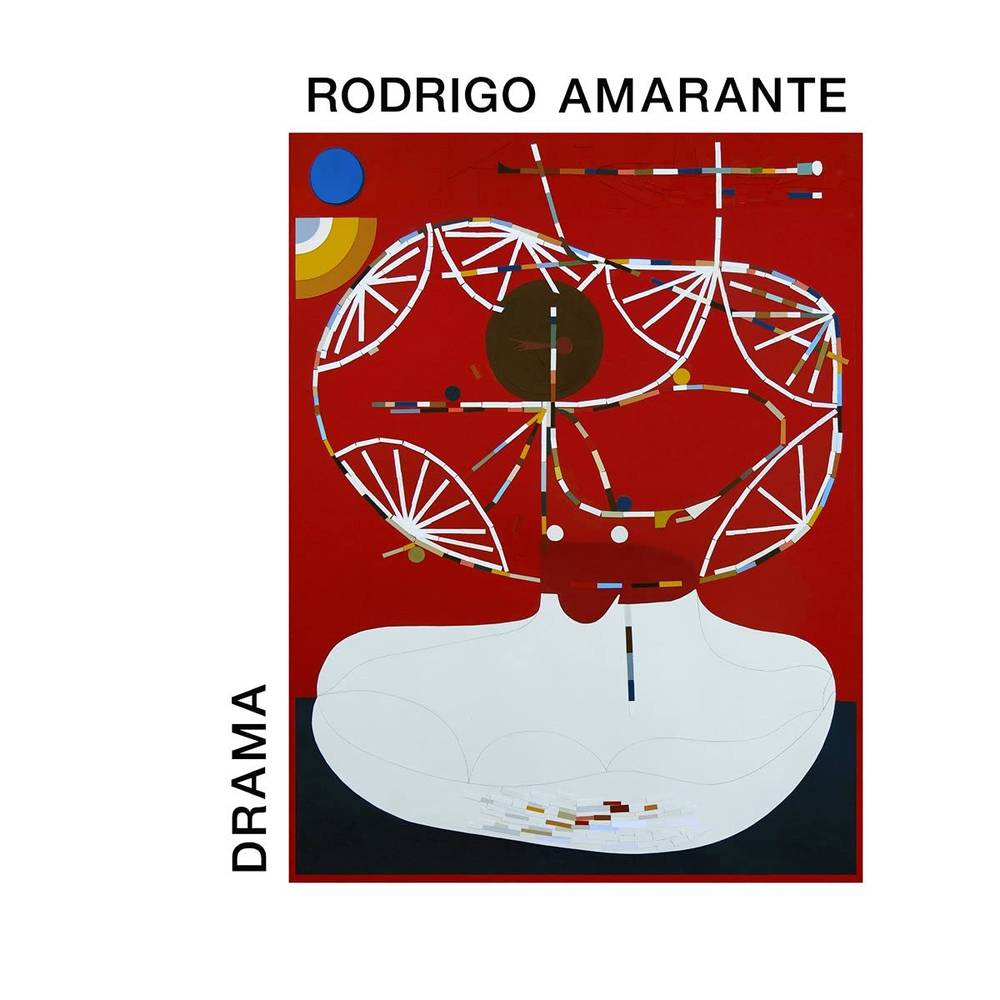 You may know Rodrigo Amarante already. You may have heard "Tuyo," his theme tune to the Netflix drama Narcos, or the Little Joy album, recorded with Fab Moretti and Binki Shapiro, you might have noted his name among the credits on songs by Gal Costa, Norah Jones and Gilberto Gil; or perhaps you saw him play live with Brazilian samba big band Orquestra Imperial, or with Rio rockers Los Hermanos; you really should have heard his debut album, Cavalo, released in 2014. You may think you know Rodrigo Amarante already, but Drama, his second solo album, is going to introduce a whole new level of confusion to the mix.Drama is purposefully caricatural, cinematic; "As biased as memory". It flows as an arch, playfully deceiving, like a tale. The ominous opening number gives you a hint that things might not be what they appear, and clues are hiding in plain sight. "Projection, attachment, deception: that is Drama.". The sunny upbeat start of "MarĂ©", with a nearly childish opening melody, echoes something less naĂŻf: "The tide will fetch what the ebb brings". The beat helps you move past. "Tango" sounds like falling in love on the dance floor, warm and tropical, it celebrates companionship, while perhaps pleading for it, yearning. "Tara," meanwhile, feels like something Astrud Gilberto might have sung at the height of bossa nova's global popularity, with the twist of the big-band-era muted horns on the chorus, nearly self-deprecating, as if mocking such idealized infatuation. Drama closes with the piano on "The End." To live is to fall. After all the emotional upheavals the singer has put his cast through, is this some kind of farewell to this mortal coil? "Everything Furthers." says Amarante. "Whispering, you get louder like that, people respond better to an invitation", and adds: "Staring at the absurd while remaining kind, being open to the gifts of confusion; that's why we create these tools that are stories and songs, to help us see each other."