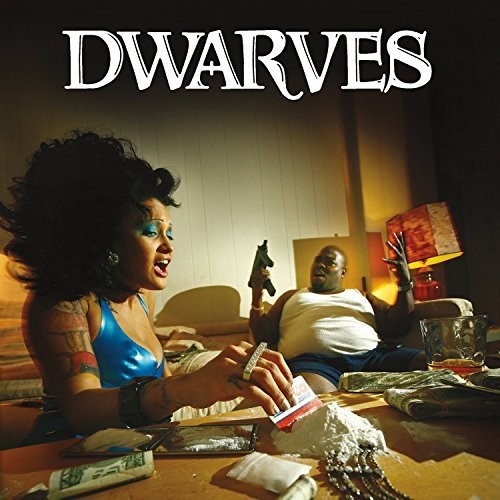 The Dwarves Take Back the Night will be out via Burger Records and Greedy Records. As with the previous few records, the band described the album as a "Dwarves Posse Record" meaning that members from across the band's 34 year history make appearances on the record. Before that, the band will release the Julio EP in Fall 2017. According to the band, the release was orignally scheduled as a Fat Wreck Chords release, but was canceled for "objectionable content." In a release, Dwarves frontman Blag Dahlia stated "I'm gonna have to give Fat Mike some shit next time we do coke together!" So, the EP will be out via Riot Style records.