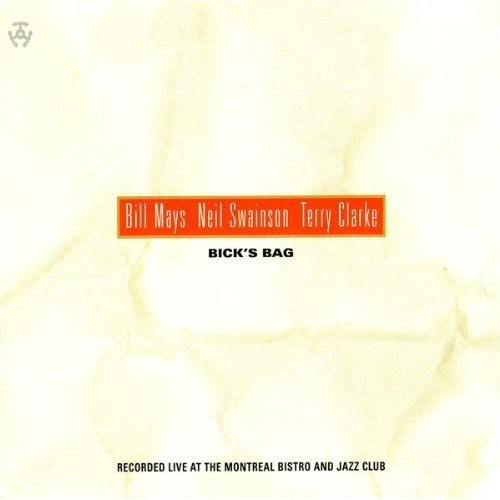 When I first heard Bill Mays play in the early '80s at Toronto's famed CafĂ© des Copains, I was immediately struck by his cool arrangements, delicate lyricism and virtuosic technique. Just listen to any cut from three earlier recordingsĂą?'One To One, One To One II (with renowned bassist Ray Drummond) and Live at Maybeck Hall (with celebrated Toronto guitarist, Ed Bickert), and you'll hear what I mean. How does someone get this good? The great fortune to be born into a musical family...and hard work! At the age of sixteen, Bill joined the U.S. Navy Band, enabling him to study formally and work with a number of fine jazz musicians in Washington, D.C. After the Navy, he moved to Los Angeles, and soon was working with the best west-coast jazz artists. Before long, he was one of the busiest studio musicians on the scene, playing sessions for Hollywood film scores and accompanying such top singers as Sarah Vaughan and Frank Sinatra. From any standpoint, he had it made. But he was dissatisfied. The money was good, but the music he mostly wanted to play was jazz. So in order to hone his craft, he made the decision to leave L.A. and move to New York, just as many jazz greats had done before him. In this stimulating environment he became the triple-threat he is todayĂą?'a composer, arranger and pianist of remarkable depth and stylistic variety. Now here he is, accompanied by two of Canada's most respected jazz greats: bassist Neil Swainson (long-time member of The Moe Koffman Quintet and bass player of choice for jazz piano legend, George Shearing) and drummer Terry Clarke (one of the most in-demand musicians on the jazz scene, who divides his time between Toronto and New York). Recorded at The Montreal Bistro and Jazz Club on the final night of an exciting week-long engagement, every song on this CD is a stand-out, with rock-solid performances by each member of the trio. It opens with the title song, "Bick's Bag," a gospel-funk offering that turns into a swinging tribute to Bill's former partner, Ed Bickert. From there, the trio takes us on an engaging musical journeyĂą?'sensitive ("Laura") to contemplative ("Paradigm") to hard-driving ("Hallucinations"). So pull up the best seat in the house, hit play, close your eyes, and step into the Montreal Bistro and Jazz Club to experience the artistry of Bill Mays, Neil Swainson and Terry Clarke. Joe Sealy.
This website uses cookies to personalize content and analyse traffic in order to offer you a better experience.
I accept Learn More
back to top