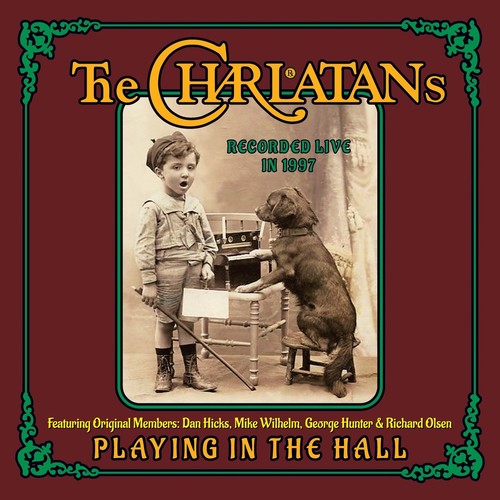 Archive live release. Timing is everything in show business! On the eve of the legendary Charlatans' 50 Year Anniversary weekend of shows in Virginia City, Nevada, a recording from a show in 1997 was sent from a fan to Charlatans guitarist Mike Wilhelm. Mike sent the tape to SteadyBoy Records' Freddie Steady Krc and the results are Playing In The Hall. It's a great collection of classic Charlatans songs and the performance is stellar with original members Dan Hicks, George Hunter, Richard Olsen, and Mike Wilhelm and augmented by Austin DeLone (Eggs Over Easy) and Freddie Steady himself! A 'must have' for any serious music collector, Charlatans fans, or those with only casual interest in the history of `60s West Coast Psychedelic Music! The Charlatans were the originals. Packaged in a mini jacket with cover art by world class graphic artist Dennis Loren.