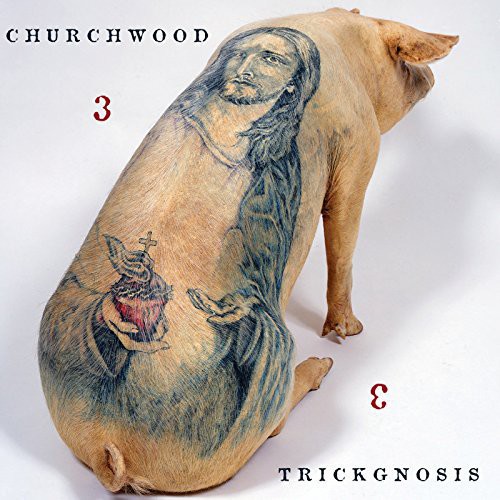 On their new album, '3: Trickgnosis', Churchwood weaves a hypnotic spell that straddles genres and invents it's own mythology. Post-blues deconstruction lies at the core of the band's black heart, but the 10 songs on '3: Trickgnosis' go far beyond that. Make no mistake, this is a rock and roll album from top to bottom, it just sounds like it was created at a very dark carny midway revival meeting. Like a snake handling preacher drunk on venom and taking cues from Nick Cave, Captain Beefheart and Tom Waits, lead singer Joe Doerr shakes, shudders and wails alongside fellow Austin Music Hall of Famer Bill Anderson and treat the blues like modeling clay, stomping and contorting it into snarling masterpieces. Churchwood creates music that will either make you swear off the hard stuff or swear by it.