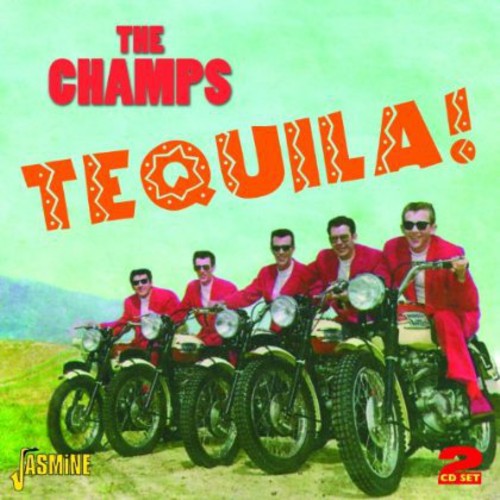 EU-only two CD collection. The Champs were propelled to stardom when they topped the US Pop, R&B and UK charts in the summer of 1958 with their debut single, the Latin-flavored instrumental "Tequila". Spawning a plethora of covers, the song earned a Grammy Award in 1959 while the band - whose varying line-up reads like a who's who of early Californian rock music - went on to enjoy further hits into the early 1960s. This two CD set comprises their first studio albums along with hard-to-find 45 rpm a and B-sides including "Everybody's Rockin'" which is presented in a rare stereo format. Hot 100 hits of course include the title track, "Tequila" plus "El Rancho Rock", "Chariot Rock" and the perennially popular "Midnighter". Disc 2 includes all the US singles up to 1961 including the hits "Too Much Tequila" and dance craze favorite "Limbo Rock" plus "Tequila Twist". Jasmine.