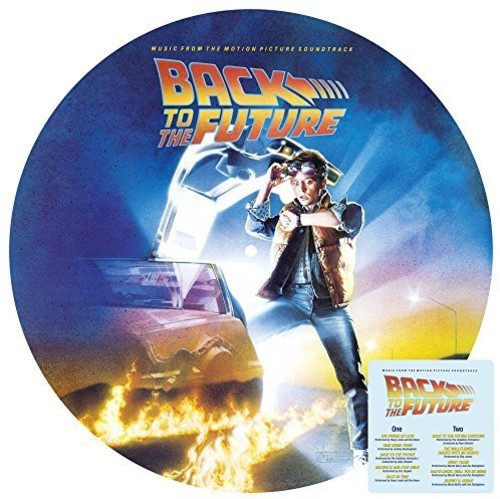 Soundtrack to the hit film “Back To The Future,” reissued for the first time on a stunning picture disc composed of the iconic cover art image of Marty Mcfly stepping out of the DeLorean on the front and the digital calendar found on the delorian dashboard on the back. The album includes two tracks culled from Alan Silvestri's compositions for the film, two tracks from Huey Lewis and the News, and two songs played by the fictional band Marvin Berry and The Starlighters.