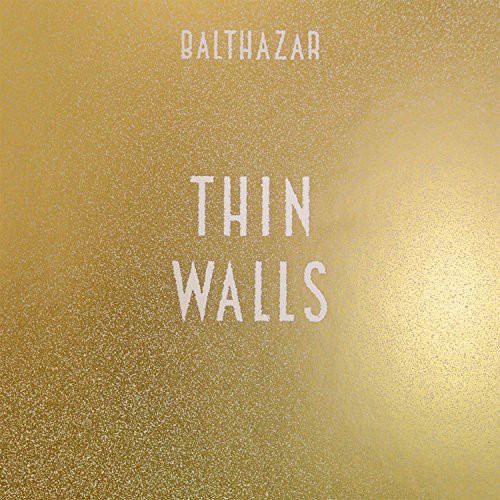 Balthazar are pleased to announce details of their new album 'Thin Walls' on 30th March 2015 through Play It Again Sam. Headed by the songwriting /vocal mainstay of Maarten Devoldere and Jinte Deprez, Balthazar make a welcome return having traversed the world in support of their previous album, 2012's 'Rats'. 'Thin Walls' marks a departure for the quintet in so much as it was written whilst touring and the resultant ten tracks depict the band at their most instinctive. Furthermore, having self produced both previous albums, 'Thin Walls' was recorded in the UK at Yellow Fish Studios in Lewes overseen by Ben Hillier (Blur, Depeche Mode, Elbow) and Jason Cox (Massive Attack, Gorillaz). 'Then What', the first single - a tale of being so desperately in love that you realise your happiness depends on someone else - sets the tone, nestling amongst like minded stirring vignettes, a beguiling snapshot of life, on an album that takes Balthazar to bold new places.