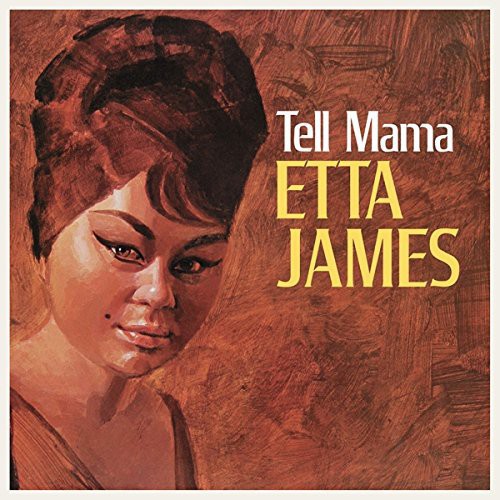 Down in Muscle Shoals, Alabama, Atlantic Records' Jerry Wexler had fallen out with Rick Hall at FAME studio after an Aretha Franklin session ended with Aretha storming back to New York. Wexler later set up the Muscle Shoals session guys in their own studio, Muscle Shoals Sound. Furious at the betrayal, Hall went to see Atlantic's arch-rival, Chess Records, and persuaded Leonard Chess to bring his top Soul acts to FAME. Between August and December 1967, Chess's Etta James, recorded her greatest album, TELL MAMA, at FAME. Etta's career had faltered, and it took the Muscle Shoals sessions to bring her back. The LP's title song, Tell Mama, as well as Otis Redding's Security became Top 40 hits and Top 20 R&B hits for Etta. It was the B-side of Tell Mama that would become the LP's enduring track, though. I'd Rather Go Blind was written by Etta's friend, Fugi Foster, who handed it to her when she went to see him in prison. Although never a charted hit for Etta, this is the original version of a song that has been recorded hundreds of times by artists as diverse as Fleetwood Mac, Rod Stewart, Paolo Nutini, Mick Hucknall, and the Allman Brothers. Recognized today as one of the greatest Soul LPs of all time, TELL MAMA hasn't been available on vinyl for more than forty years. Now it's back, lovingly transferred and remastered, and pressed on 180g vinyl.
This website uses cookies to personalize content and analyse traffic in order to offer you a better experience.
I accept Learn More
back to top