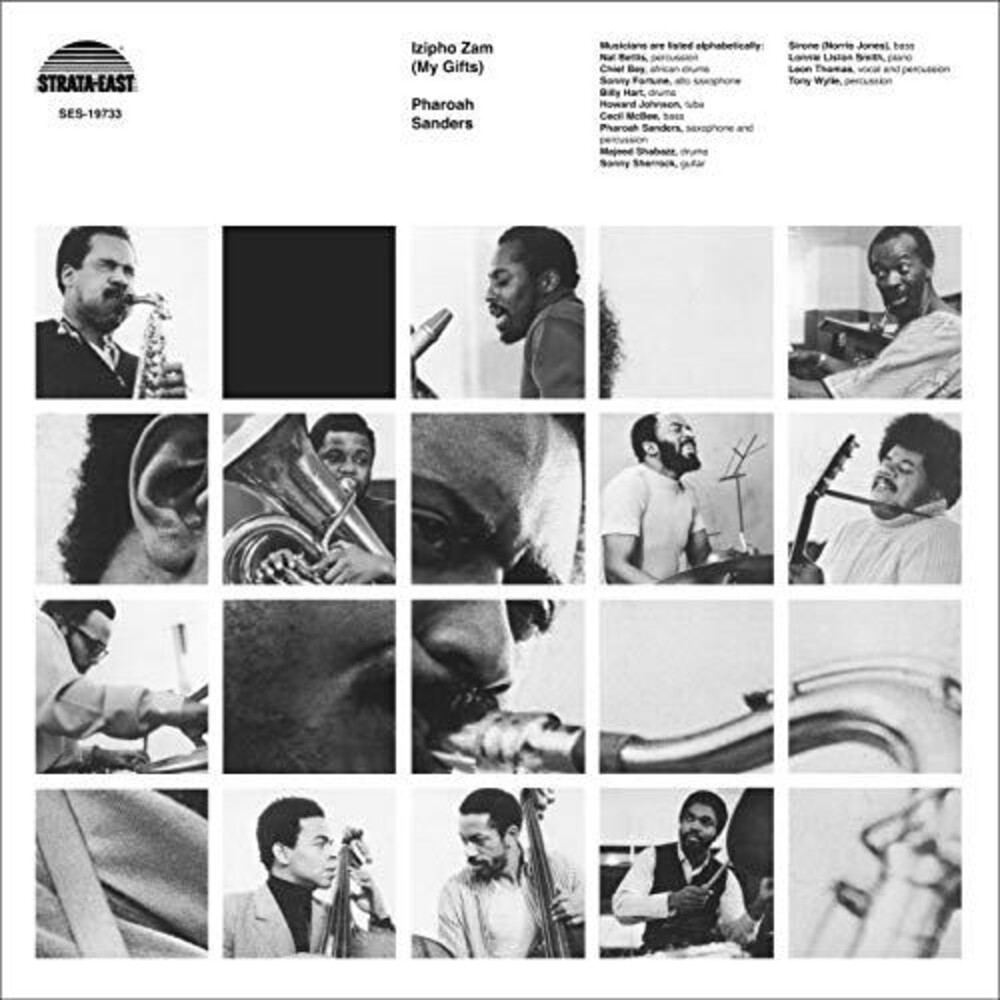 Two years after the death of his mentor and boss, John Coltrane, and just before signing his own contract with Impulse!, Pharoah Sanders finally got around to releasing an album as a leader apart from the Impulse! Family. Enlisting a cast of characters no less than 13 in number, Sanders proved that his time with Coltrane and his Impulse! #debut, Tauhid, was not a fluke. Though hated by many of the jazz musicians at the time - and more jazz critics who felt Coltrane had lost his way musically the minute he put together the final quintet - Sanders followed his own muse to the edges of Eastern music and sometimes completely outside the borderlines of what could be called jazz. That said, Izipho Zam is a wonderful recording, full of the depth of vision and heartfelt soul that has informed every recording of Sanders since. Guests include Sonny Sharrock, Lonnie Liston Smith, Chief Bey, Cecil McBee, Sirone, Sonny Fortune, Billy Hart, Howard Johnson, and others. The set begins with a gorgeous soul tune in 'Prince of Peace,' with Leon Thomas doing his trademark yodel, croon, and wail as Smith, McBee, and Hart back him and Sanders fills the gaps. Next is 'Balance,' the first blowing tune on the set, with the African drums, the modal horns, and Sanders' microtonal investigations of sonic polarity contrasted with Johnson's tuba, leaving the rhythm section to join him as Sharrock and Smith trade drone lines and Sanders turns it into a Latin dance from outer space about halfway through to the end - it's astonishing. Finally, on the 28-minute title track, the band members - all of them - begin a slow tonal inquiry, a textured traipse into the abyss of dissonance and harmonic integration, with Thomas as the bridge through which all sounds must travel on their way to the ensemble. From here, percussion, bells, whistles, Sharrock's heavily chorded guitar - all provide rhythm upon interval upon tonal figure until the horns enter at about 12 minutes. They move slowly at first and gather force until they blast it right open at 20 minutes and the last eight are all free blowing and an endurance ride for the listener because, with four minutes left, Sanders leads the band in a gorgeous lyric ride that brings together all disparate elements in his world and ours, making this track - and album - an exhilarating, indispensable out jazz experience.