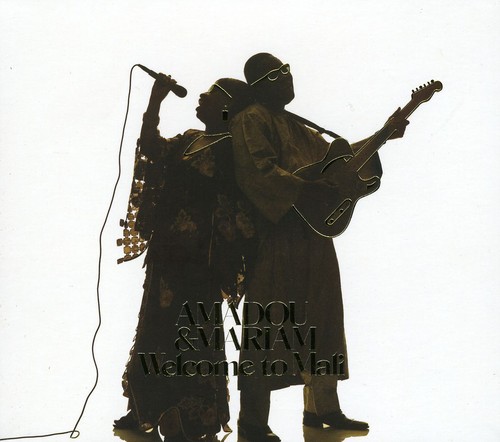 2008 album, the follow up to the celebrated release Dimanche Ă  Bamako, which sold more than half a million copies worldwide and won the couple numerous accolades upon it's release in 2005. Welcome to Mali features a track 'Sabali', produced by Damon Albarn, plus special guest appearances by K'naan, Keziah Jones, 'M', Toumani Diabate, Tiken Jah Fakoli and Juan Rozoff. The album expands their horizons and yet remains true to their core sound, putting the spotlight firmly back on their unique mix of sweet melodies and funky rhythms, driven by Amadou's bluesy guitar and the duo's compelling voices. Because.
back to top